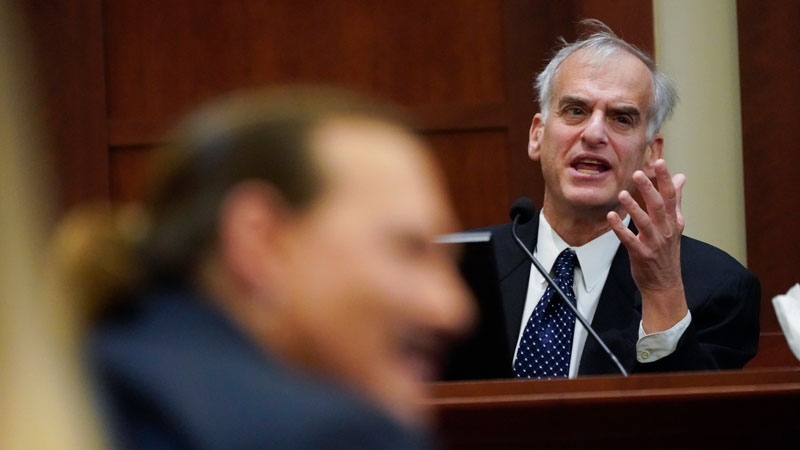 A psychiatrist who appeared as witness for Amber Heard in her defamation trial against ex-husband Johnny Depp seems to have earned fans’ ire.

Since his testimony, Dr David Spiegel’s WebMD and Google pages have seen hundreds of one-star and negative reviews from fans, who are annoyed at his testimony about Johnny’s mental state. As per reports, the deluge of negative reviews has caused the psychiatrist’s rating to drop substantially.

On Monday, Dr David Spiegel testified in the ongoing trial for the defamation suit filed by Johnny against Amber. Appearing as an expert witness for the defence, Dr Spiegel said that Johnny exhibited “behaviours that are consistent with someone that both has substance-use disorder as well as behaviours of someone who is a perpetrator of intimate-partner violence”. Dr Spiegel’s testimony in the court had been quite eventful with Johnny at one point breaking into laughter and covering his face at the psychiatrist’s replies.

Soon after the testimony, his profile on medical website Web MD was bombed with negative reviews, with many referring to his testimony against Johnny as the reason. Negative reviews on his Google page began soon after.

One review on Web MD read, “Dr Spiegel needs looking into after today’s performance! He looks and sounds like he is the one who needs psychiatric help”. Another reviewer, who gave him one star, wrote that the psychiatrist “called my boyfriend Johnny a stupid pirate”. Several such comments and one-star reviews were posted on his Google page as well. One comment called his vibe ‘scary’, while others said he was “unprofessional”. Several reviewers admitted they were Johnny Depp fans.

Caught in this avalanche of bad reviews were a few other psychiatrists also named David Spiegel. Amid this confusion, several other Dr David Spiegels also saw a number of bad reviews posted on their Google pages. A fan wrote in the review section of a different Dr David Spiegel, “People!!!! This is not the doctor testifying in the Johnny Depp – Amber heard trial. The ‘doctor’ which testified is David R Spiegel.”

Johnny Depp has sued Amber Heard for $50 million, saying she defamed him when she said she was a victim of domestic abuse in a 2018 Washington Post article she did. She has countersued for $100 million, arguing that he smeared her name by calling her a liar. The trial has been underway since April and is set to conclude on May 27.