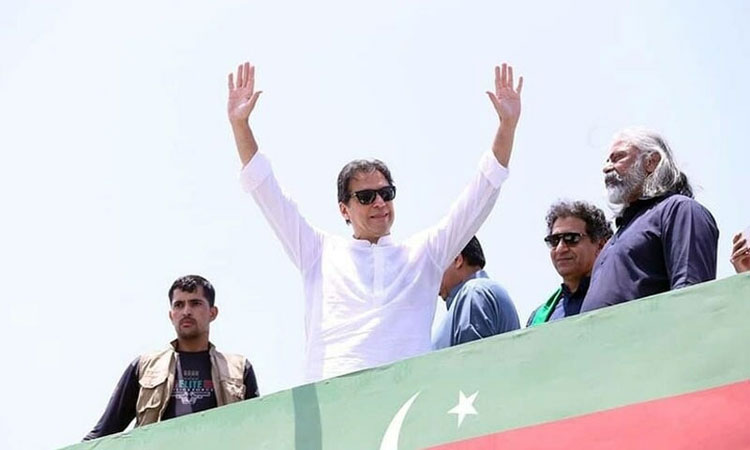 PTI Chairman Imran Khan entered Islamabad via the Srinagar Highway after midnight on Thursday and his convoy was moving towards D-Chowk until the filing of this report at 2:45am. Scores of party workers and supporters were already present at D-Chowk in the face of intense police shelling.

Tension gripped parts of the country as police clashed with PTI workers after authorities tried to block them from proceedings towards the federal capital. PTI protesters in Islamabad set vehicles and trees on fire in the Blue Area of the federal capital. According to the police sources, the fire brigade was called immediately to douse the fire; however, the protestors also attacked the fire engine. Islamabad Police confirmed that protestors had set tress and vehicles on fire. In a statement released on Twitter, the police noted that when the fire bigrade doused the blazes, the protestors once again set fire the Express Chowrangi on fire. 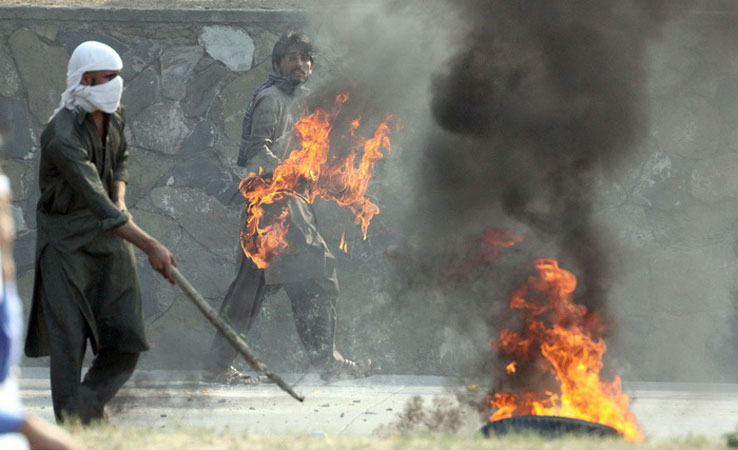 The PTI workers staged a protest at Karachi’s Numaish Chowrangi and set a police van on fire. During the demonstrations, several policemen, including a superintendent of police (SP), were injured as the protesters pelted stones at them. The police started aerial firing after which the number of protesters increased.

Earlier, as the PTI’s Azadi March began, tensions in Punjab rose after police made use of tear gas and arrested several PTI marchers in cities across the province as activists attempted to remove shipping containers blocking routes to Islamabad.

In order to restrain Lahore’s rally from entering Islamabad, the police tried to arrest Azhar; however, party workers managed to save him. Police arrested the district president of PTI Ali Asjad Malhi, among other party workers from Sialkot. The authorities managed to disperse the workers with the help of tear gas. 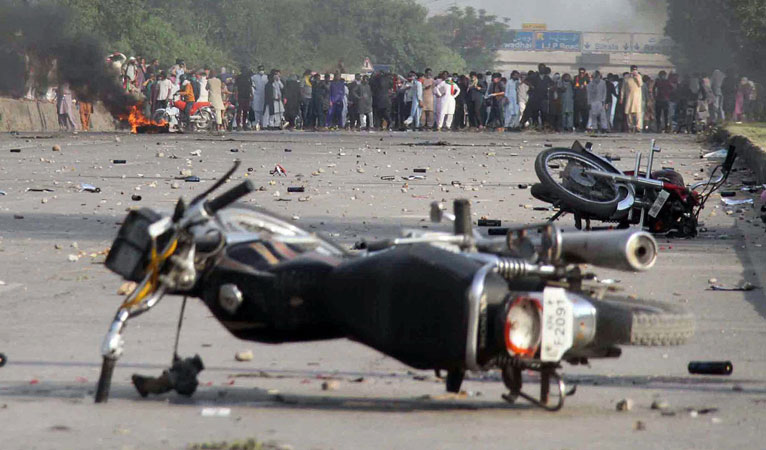 On his Twitter handle, Azhar wrote: “Heavy shelling on our rally near Kala Shah Kaku. But we will InshAllah overcome this obstacle too.”

The PTI leader had confirmed that failed attempts were being made for his arrest. He had also reported that the police have abused the workers and hundreds of shells had been fired.

Throughout the day, scuffles continue to break out in parts of Lahore, Punjab, between the police and the political workers, leading to the arrest of a few PTI leaders in the city. In the meantime, law enforcement agencies are also on high alert under instructions from the government to take “all possible measures” to stop the PTI’s “Azadi March” from proceeding.

At Lahore’s Batti Chowk, the police resorted to tear gas shelling to disperse PTI workers when they removed barriers placed to block the routes. The PTI’s Lahore chapter had asked its workers to gather at the Batti Chowk today from where they were to depart for Islamabad. 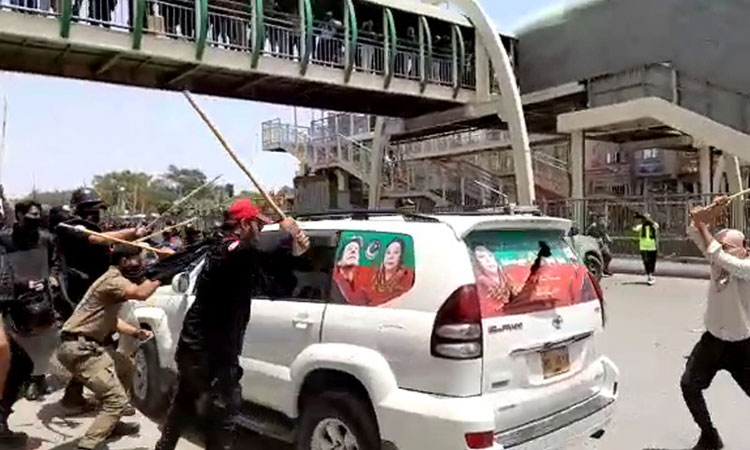 The party workers gathered at the intersection and clashed with the police when they removed barriers after which the police fired tear gas shells in order to clear the area.

Earlier, during a brief stopover in Hasan Abdal approximately 50 kilometres away from the capital, Imran reiterated that he and his supporters would not vacate D-Chowk until a date for new elections was announced by the “imported government”.

The PTI leader claimed that when his caravan reaches its destination, the police would also come to realise that his mission is about “jihad and not politics”. Later, according to a video shared on PTI’s official account, Imran’s caravan, while it was on its way to D-Chowk, was “waved at and welcomed” even by police officials.