* Shehbaz says he gets 'goosebumps' when he recalls 2014 sit-in 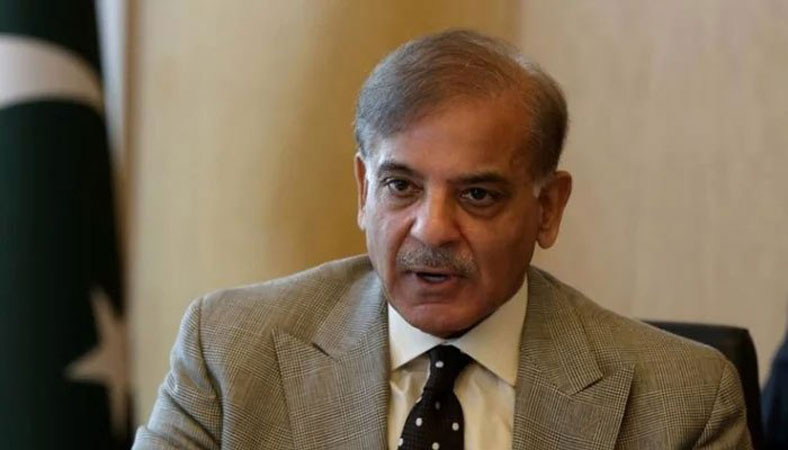 Prime Minister Shehbaz Sharif Wednesday said he gets ‘goosebumps’ when he recalls the disruption caused by the PTI sit-in during the PML-N government in 2014.

“We should not waste time in dividing the nation and staging sit-ins. Whenever I recall the 2014 sit-in, I get Goosebumps,” he said while addressing the workers of Karot Hydropower Project on Wednesday.

Shehbaz said Chinese President Xi Jinping had cancelled his visit to Pakistan due to the sit-in due to which Karot Hydropower Project was also delayed by nearly a year-and-a-half. “…these sit-ins led to a loss of billions to Pakistan. As I stand here today, another sit-in is being planned,” he said.

He said had the visit of Chinese president taken place in 2014, the Karot power project – a part of China Pakistan Economic Corridor – would had been completed a year ago to contribute 720 megawatt to the national grid. Shehbaz asked why the PTI was holding protests. “We are working day and night to revive the economy that you deteriorated in the last 3.5 years.”

The prime minister said Imran had laid “landmines” for the government by subsiding the oil prices. “…we are in talks with the IMF and are trying not to pass the burden on to the people.” Shehbaz asked the PTI to work for the development of Pakistan and stop the politics of sit-ins and disruption, says a news report. Shortly before the premier’s speech, violence and chaos took place in Lahore and roads were blocked in other parts of the country due to PTI’s protests. He said the PTI had been requested to suspend their sit-in for three days but they were not changing their mind.

He said the government was trying to rectify the bad economy and inflation inherited from the previous government. By reducing the oil prices, the previous government had left a “landmine” for his government, he added. The prime minister, who reviewed the progress on the project, said the project faced some delay due to COVID and other related issues. He said the previous prime minister had enough time to drag to the opposition to tight corner, and create division in the society but could not find some time to visit the gigantic project, control inflation, poverty and unemployment.

He said during his interaction, the Chinese engineers assured early completion for what he thanked the Chinese and Pakistani workers, departments and ministries concerned for taking utmost interest to complete the project.

He also thanked Chinese President Xi Jinping, PML-N Quaid Nawaz Sharif and Chairman of Three Gorges Company which was executing the project. The prime minister said being a hydro power project, the electricity price would reduce to even Rs3 per unit gradually after retirement of the debt.

He also thanked the Three Gorges Company head for agreeing to supply free-of-charge electricity to the national grid till the finalization of commercial operation dates to save Rs4 billion to the national kitty, which was unprecedented and a gesture of strong China-Pakistan friendship.

“This is the China-Pakistan friendship and iron brotherhood…This is the passion to serve which everyone should have The only solution is the work hard and learn from past mistake and reject the sit-ins to achieve the lost grandeur,” he remarked.

The prime minister called for emulating the Chinese model of development.

He said both the Punjab and Azad Kashmir governments would get Rs1.2 billion as water use charge who would be spending Rs120 million annually for next 30 years for the uplift of Karot area, as the locals had sacrificed their properties for the project.