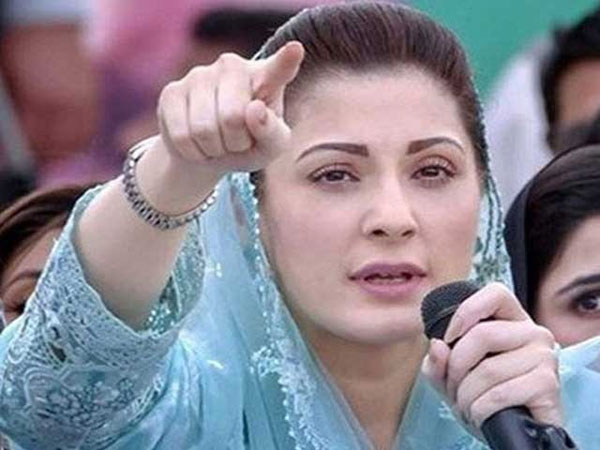 Addressing a press conference in Islamabad, Maryam said PTI leaders had approached the National Assembly Speaker Ayaz Sadiq to “make a deal and give them a safe exit”. “They wanted to make a deal on give and take basis but Nawaz Sharif rejected it, saying he will not tolerate any threats,” she added. Maryam said her father had said that PTI should do whatever they had announced now. “Even if the elections were going to happen will not happen now,” she quoted the former prime minister as saying. She said that PTI delegation included former information minister Fawad Chaudhry and Speaker Asad Qaiser, says a news report.

“To summarise, they wanted a safe exit because they had already announced a sit-in,” she added.

Maryam said that her party respected the Supreme Court’s decision, ordering the government to allow PTI to organise their long march at a ground between H-9 and G-9 areas of the federal capital. “The decision is basically a safe exit for them. Their lawyer kept saying in court that they wanted a specific ground which can only hold 10,000 people. To this, the government lawyer repeatedly said the ground can only hold 10,000 people but PTI knew they cannot produce more people than that number so they insisted,” she added.

Getting frustrated, Maryam said, the PTI resorted to violence. They have torched vehicles and a police van they’re putting green belts on fire and are damaging public property. This is what we have been saying that PTI only wants to create chaos in the country,” she added.

Saying that Imran Khan should not remove his “political coffin and take it back to Bani Gala”, she said that she had asked the government not to arrest Imran Khan as he will expose himself. “I congratulate all the law enforcing agencies for thwarting this chaos. I also congratulate the nation for not participating in the chaos and exposing Imran Khan,” she added.

Maryam said the focus of entire nation should have been on the Delhi court’s decision on Kashmiri leader Yasin Malik but instead, this chaos kept everyone busy.

She hoped that after the PTI’s ‘failure’, the country would see political stability. “People of Punjab have taken revenge from Imran Khan. They took revenge for imposing a person such as Usman Buzdar who kept saying he was on training throughout his tenure,” she added.

Maryam said that PTI kept claiming that it will bring 2.5 million people to the streets but failed to bring even 200 people from any district of Punjab. “RanaSanaullah wondered why he deployed so much force. They kept the government busy in this so-called long march.”

The PML-N leader said that the masses have “slapped Imran Khan hard” by not participating in his long march, adding that people have dismissed his narrative today.