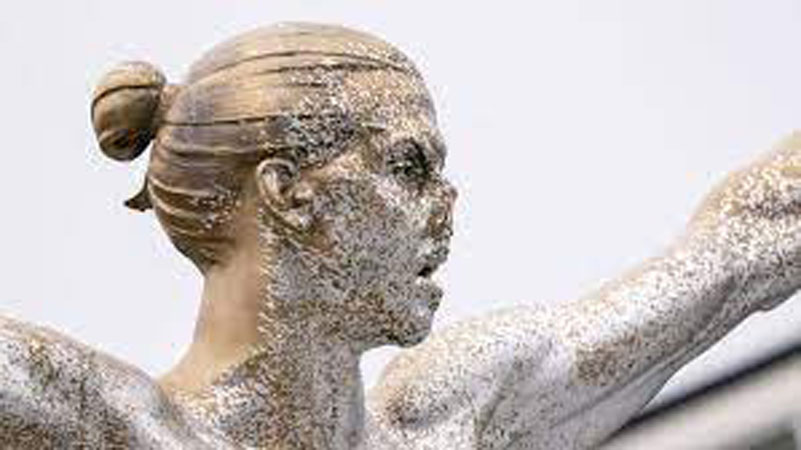 LONDON: A group of supporters from Malmo are auctioning three replica noses based on the infamous statue of Zlatan Ibrahimovic that was erected in his home city before it was removed and put in storage following attempts to vandalise it. The statue’s nose was cut off in a pre-Christmas attack in 2019. It also had its leg sawn off and a toe removed before being taken off its plinth in January 2020. The Sweden striker started his professional career at Malmo FF in 1999 and left for Ajax Amsterdam in 2001 before embarking on a career that has included top European teams such as Manchester United, Inter Milan and his current club AC Milan. Once adored by the fans in Malmo, he angered them when he acquired a stake in Stockholm rivals Hammarby in 2019, saying he was going to turn them into Scandinavia’s biggest football club. The protesters said Ibrahimovic was a ‘fool’ to choose money over love for his home town and his club. So far, one fake nose has been put up for auction online and received a bid of $500.