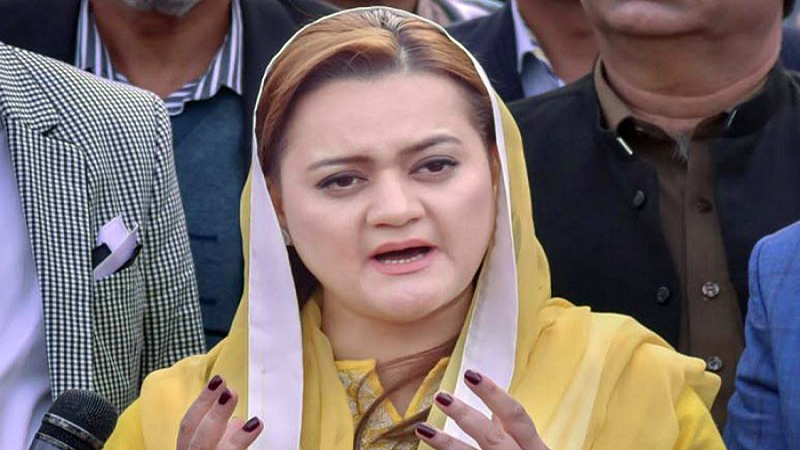 ISLAMABAD: Minister for Information and Broadcasting Marriyum Aurangzeb said on Wednesday that Pakistan Tehreek-e-Insaf Chairman Imran Khan was leading the conspiracy of a civil war in Pakistan.

In a statement, she said Imran was the only person responsible for the present situation in the country today.

The minister said that the discovery of arms and ammunition from the house of PTI office bearers had exposed the real intentions of Imran Khan.

Taking a jibe at Imran, she said that weapons recovery from the residence of PTI activists was not jihad, rather it was subversion.

She said Imran wanted civil war in the country and he had plotted to seize Islamabad by force of arms.

Marriyum said the government would not allow anyone to create anarchy in the country with bombs, arms and ammunition.

The government is committed to ensuring the safety of lives and property of the people, she remarked.

The minister said the shooting, burning and siege were not part of political culture and there was a need to draw a clear line between political activism and militancy.