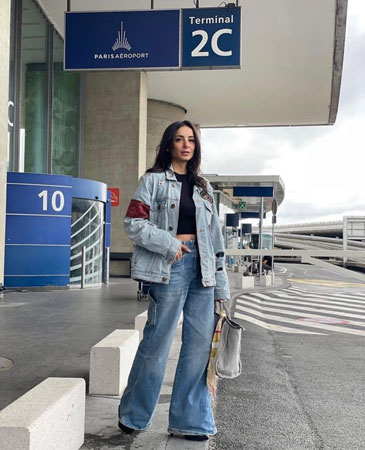 Pakistan’s much-adored actress Sarwat Gilani walked the red carpet at the 75th Cannes Film Festival in an exquisite ensemble while leaving everybody in awe of her. The 39-year-old starlet looked ethereal in all glittery mint green long gowns by Elon. She rounded off her look with high heels and minimal accessories including earrings and statement rings. The Churails actress was all smiles as she posed for the photographers at the event. For the inversed, the cast of the Pakistani film Joyland is proudly representing Pakistan at the prestigious Cannes Film Festival along with the director Saim Sadiq. It stars Sarwat Gilani, Salman Peerzada, Sania Saeed, Ali Junejo, Alina Khan and Rasti Farooq. The film is produced by Sarmad Khoosat, Apoorva Guru Charan and Lauren Mann.