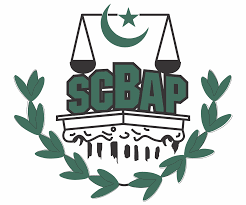 ISLAMABAD: The Supreme Court Bar Association of Pakistan (SCBAP) on Tuesday stated that the right to protest and participate in any political activity is a fundamental right of every citizen and the government must not hinder the activities of any political party or stop any of them from exercising their fundamental right.

Muhammad Ahsan Bhoon, President, Waseem Mumtaz Malik, Secretary SCBAP in a statement condemned the raids on the residences of lawyers followed by their arrests.

They stated that the raids being conducted on the residence of any political worker or citizen were totally unwarranted, against the law and the Constitution.

They also noted with concern that senior lawyers like Babar Awan and Fawad Chaudhary had also been deprived from performance of their professional obligations amid ongoing turmoil.

Therefore, they had demanded that the government should refrain from indulging into such activities and from taking such steps that were against the law and Constitution and allow everyone to profess his /her fundamental rights as guaranteed under the Constitution.