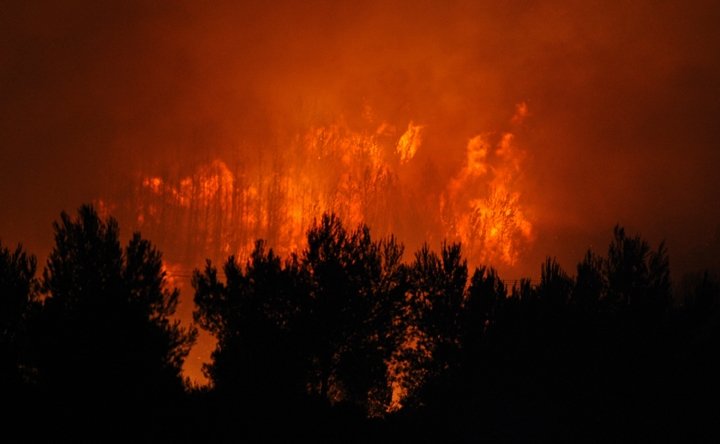 QUETTA: The Balochistan government on Tuesday announced that it had controlled the raging fire that engulfed the Koh-e-Suleman mountains located in the Dana Sar area of Sherani district.

The fire struck by the lightning in the Shirani forest week back engulfed hundreds of trees dotting the mountain range, home to the world’s largest pine nuts forest connecting Balochistan, Punjab and Khyber Pakhtunkhwa provinces.

“Joint efforts put in place by the NDMA, PDMA, Pak Army, Forest department, civil administration have finally turned out to be helpful in controlling the inferno that posed a serious threat to the national asset and human and wildlife,” Chief Minister Balochistan Abdul Quddus Bizinjo said.

“Thanks to Allah almighty that with the collective efforts fire that has posed a challenge has been overcome,”

The Chief Minister, however, said that Iranian fire fighting aircraft remained helpful to put out the raging fire. “ Relief efforts are still continuing as teams working in the affected area are engaged in the fire extinguishing operation.

“ No stone would be left unturned for the relief and assistance of the affected people of the inferno,” Bizinjo said, adding concerted strategy will also be devised to secure the wildlife and forest, an asset of the country.

It may be recalled that the fire continued for over a week claimed three lives leaving several critically injured.

“The inferno gutted 35 percent of the ancient pine nut and wild olive forest into ashes inflicting huge loss to the national asset and to those dependent on the business of pine nuts.”

Soon after the incident, Prime Minister Shehbaz Sharif had directed the NDMA and other departments concerned to take immediate action putting out the inferno.

In prompt response, the Pakistan Army along with other civil departments launched the operation.Two Mi-17 helicopters of Pakistan Army remained active in firefighting operations and dropping water and chemicals to control the fire whereas relief and medical camps were also set up in the affected area.

“Joint efforts put in place yielded results to protect the life and property of the locals from the fire which has spread over an area of eight to 10 kilometers.”