Layyah-Taunsa bridge to become operational in 2024 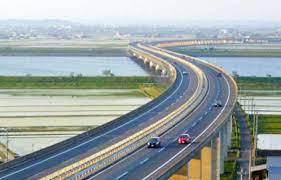 ISLAMABAD: Indus river bridge between Taunsa to Layyah will become operational after completion of approach roads and guide banks in January 2024.

An official of National Highway Authority told APP, that the riverine survey of the approach roads had been carried out along with hydrology study. He said that the bridge linking two important cities of southern Punjab, Layyah and Taunsa had been accomplished.

The bridge is located in between Layyah, east bank of the Indus River, and Taunsa, the west bank of the river in district DG Khan, he said adding work on the Rs 2690 million project had started in February 2018 as ECNEC had given approval of the project in October 2017.

Due to the absence of a proper river-crossing between the two cities, the only two links available are DI Khan-Darya Khan Bridge located 88 km upstream of the project  site and Taunsa Barrage located about 52km downstream, said the NHA official.

With no bridge linking Layyah and Taunsa, the residents of both the cities have been facing immense difficulties as they have to travel 100km by road from Layyah to Taunsa or vice versa.

A direct route through the bridge would help reduce the distance between the two cities by up to 50km from 120km through Taunsa Barrage currently.

( M-4). The west bank of the Indus River, near Taunsa, would also be connected with the provincial road network on the east side of the Indus, he added.