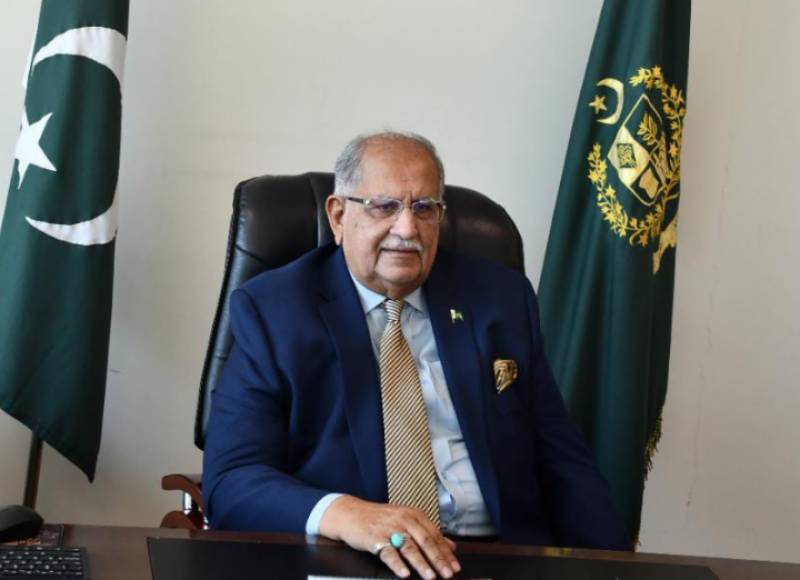 ISLAMABAD: Federal Minister for Human Rights Mian Riaz Hussain Pirzada on Tuesday informed Senate that the government has devised a plan to expand the Child Protection Institutes in all the major cities of the country.

Responding to various questions during Questions Hour in the Senate, he said that government has taken various measures, including enforcement of laws and establishment of institutions.

The minister said that National Commission on the Rights of Child has been established to monitor the children’s rights’ violations in the country.

He said a Child Protection Institute has also been established, which provides protection and care to the street and vulnerable children in the Islamabad Capital Territory.

He said that the Director General of the Institute has been appointed and the institute is functional, adding that 113 children have been provided various protection services since its establishment.

The minister said “The Zainab Alert, Response and Recovery Agency” was established to raise alerts, response and recovery of missing and abducted children.

Responding to another question, the minister further said that the subject of child labour/child forced labour at ICT/level is dealt by the Ministry of Interior (ICT Administration, Directorate of Labour) and Ministry of Overseas Pakistanis and Human Resource Development.

As far as Ministry of Human Rights is concerned, the Child Protective Investigations (CPI), established under the Islamabad Capital Territory Child Protection Act 2018, is currently providing protection services to 39 children who were earlier subjected to child labour. Whereas National Commission on the Rights of Child (NCRC), established under the National Commission on the Rights of Child Act, 2017, has addressed 182 complaints pertaining to child rights/abuse related issues all across the country.

The Minister said that the ministry has inserted Child Domestic Schedule of the employment of Children Act, 1991.

He said that a Toll-Free Helpline 1099 of the Ministry of Human Rights is providing free legal advice to the victims of human rights violations.

Riaz Hussain Pirzada said that a national child labour survey was initiated in March 2019 by ministry in collaboration with UNICEF and is expected to be completed in December 2022, adding that the Survey Report of Gilgit Baltistan has been launched.

He said that the findings of the study will provide information for enacting evidence-based policies, along with legislative and programmatic measures for eradication of child labour.

The minister further said that NCRC has issued guidelines to provincial labour departments for the implementation of Provincial Child Labour Prohibition laws i.e formation and activation of provincial coordination committee on child labour and formation and activation of district vigilance committee under bonded labour system abolition Act of 2015 in line with ILO, Conventions on Bonded Labor and Child labor C: 29 & 105 and C: 138 & 182.