Donald Blome appointed as US ambassador to Pakistan 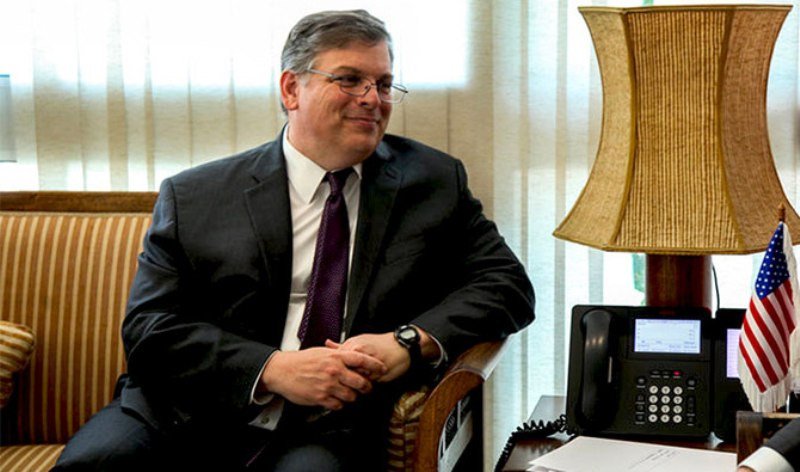 US Ambassador to Pakistan Donald Blome has taken charge of new duties in Islamabad.

According to the US Embassy, the new envoy will be instrumental in strengthening bilateral ties. Blome will be the first full-time ambassador to Pakistan since American envoy David Hale returned home at the end of his term in August 2018. The Trump administration did not appoint a permanent representative to Islamabad.

The US Senate confirmed his appointment in March, stating that the Partnership with Pakistan is critical to progress on regional security, trade and investment, the climate crisis, and human rights. The previous week. Wendy Sherman, Deputy Secretary of State, administered the oath and praised him as a superb choice to build on the 75-year history of US-Pakistan relations.

Pakistan-US ties will strengthen: Bilawal Bhutto Blome, who previously served in US diplomatic missions in Tunisia, Kabul, Jerusalem, Cairo, Baghdad, and Kuwait, was sworn in while Foreign Minister Bilawal Bhutto was in the US for a global summit. On the sidelines of this debate, he met with key US figures such as Secretary of State-US Secretary of State Antony Blinkeny and Congressman Ami Bera, reinforcing Pakistan’s determination to play a critical role in global peace efforts.

Fighting extremism is his life’s work, according to Bilawal Blome, a career member of the Senior Foreign Service in the minister-counselor class. He worked as a civilian co-director at the Multinational Force Strategic Engagement Cell in Baghdad, as a political counselor at the United States Embassy in Kuwait, and as an Israel desk officer, deputy director, and acting director at the Office of Israel and Palestinian Affairs. Ambassador Blome graduated from the University of Michigan with a BA and a JD.