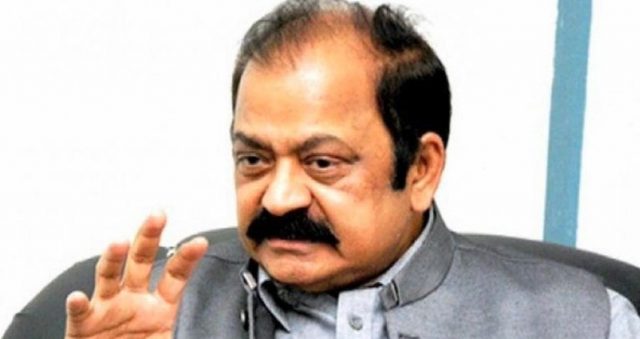 While condemning the killing of an innocent police officer by PTI activists, Interior Minister Rana Sanaullah labeled Imran Khan a “terrorist,” lamenting that those accustomed to hurling insults are now firing bullets.

In a statement released on Tuesday, the interior minister asserted that the bullet that struck constable Kamal Ahmad in the chest was conclusive evidence that PTI leader Imran Khan was a terrorist and murderer.

He vowed to bring Kamal Ahmad’s murderers to justice. “Imran Khan, Sheikh Rashid, and his followers who promoted the ‘bloody march’ will be held accountable,” warned Sana to the PTI leaders.

The firing on the police in Model Town, he said, revealed that the PTI was not engaging in peaceful political activity, but rather wanted to cause disruption.

The interior minister warned, “If the law is taken into one’s own hands, the law will take action and demand an explanation.”

He claimed that the former prime minister, in the guise of the long march, was plotting to start a civil war in the country.

Sana added, “We will end the civil war, unrest, and violence in the country with the aid of the law.”

The minister announced the Shuhda’s package for the martyred officer and added that the government would pay for the deceased officer’s family’s education and maintenance. He consoled his family and prayed for his soul.