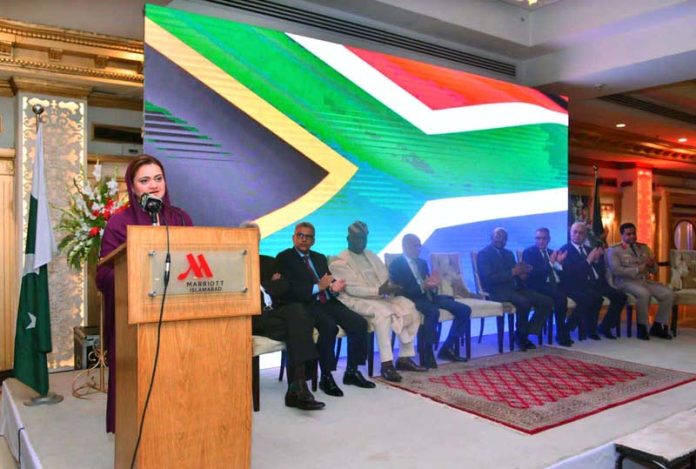 ISLAMABAD: Minister for Information and Broadcasting Marriyum Aurangzeb on Monday said Pakistan wanted to expand bilateral cooperation with South Africa in the fields of film and drama.

“A lot of incentives have been given to the film and drama industry [in Pakistan] under the new film policy which can be used by the two countries for mutual benefit,” she said while addressing an event held here in connection with the national day of South Africa.

The diplomatic relations between Pakistan and South Africa were established in 1994, she said, adding it was a matter of pride for Pakistanis that the country continued to extend moral, diplomatic, and political support to South Africa in its struggle against apartheid.

She said, historically, Pakistan had been at the forefront of the global efforts carried out against the apartheid.

The minister lauded the historic struggle of both the countries against colonialism and for freedom, justice, and respect of human rights.

She recalled that former President of South Africa Nelson Mandela visited Pakistan in October 1992 and May, 1999, and was awarded the Nishan-e-Pakistan.

The minister welcomed the participation of 35 entrepreneurs from South Africa in the Engineering and Health Show held at Lahore on February 27 and 28 this year.

Bilateral trade between the two countries reached  $1.823 billion in 2021, she said, adding it had more potential for improvement.

She proposed a Joint Business Council for the business communities of the two countries to boost bilateral trade.

The two countries had potential for bilateral cooperation in the areas of counter-terrorism, intelligence sharing, border management and surveillance, she remarked.