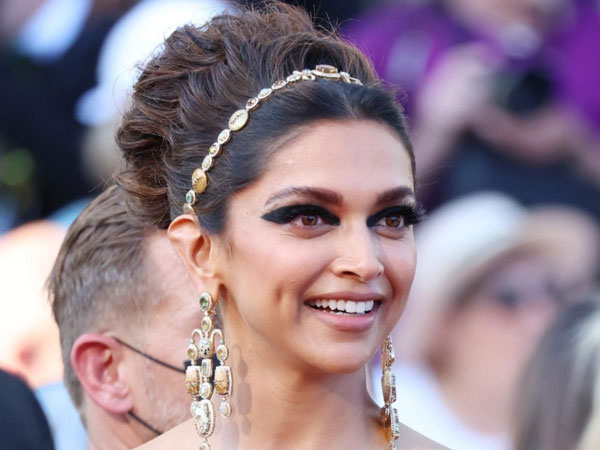 Actor Deepika Padukone has revealed that after being a part of the Cannes Film Festival this year she told her husband, actor Ranveer Singh that they should visit the city every year.

In a new interview, Deepika said that the couple usually goes on two vacations every year. The actor also spoke about Ranveer Singh flying to Cannes recently.

Ranveer, last week jetted off to join Deepika at the 2022 Cannes Film Festival, where she is a jury member. It was a last-minute decision. Deepika shared her Day 3 Cannes look on her Instagram, in which she was dressed in a red Louis Vuitton outfit. Ranveer commented, “Killing me. Ok! That’s it! I’m taking a flight.” He was later seen at the Mumbai airport flying out of the city. Ranveer was also seen partying with Deepika and actor Rebecca Hall in Cannes.

In an interview with Film Companion, Deepika said, “Ranveer and I usually do two holidays in a year–one we try and do in June-July and the other at the end of the year. After this experience I said to him ‘I said there’s no reason for us to go anywhere else or be anywhere else, we just come here every year for two weeks, watch all these movies’. And that’s our thing, we love watching movies. What more can you ask for as an actor where you have dedicated time without guilt without having to think about ‘Oh I have shoot the next day, or I have the brand commitment the next day’.”

On Ranveer flying to Cannes after Deepika shared her pictures from the city, “I think considering this time I’m letting my responsibility take the driver’s seat. He’s welcome to sort of walk the carpet on my behalf, he’s more than welcome to do it and he’ll ace it, I’m sure.” When asked if Ranveer is having a good time, she said, “Yes, very much.”

Deepika will next be seen in Shah Rukh Khan’s comeback film Pathaan. The film, directed by Siddharth Anand, will also star John Abraham. She will also be seen for the first time with Hrithik Roshan in Fighter, which will be released in September of next year. She also has Nag Ashwin’s upcoming film Project K co-starring Amitabh Bachchan and Prabhas. She will also be seen in the Hindi remake of The Intern with Amitabh.