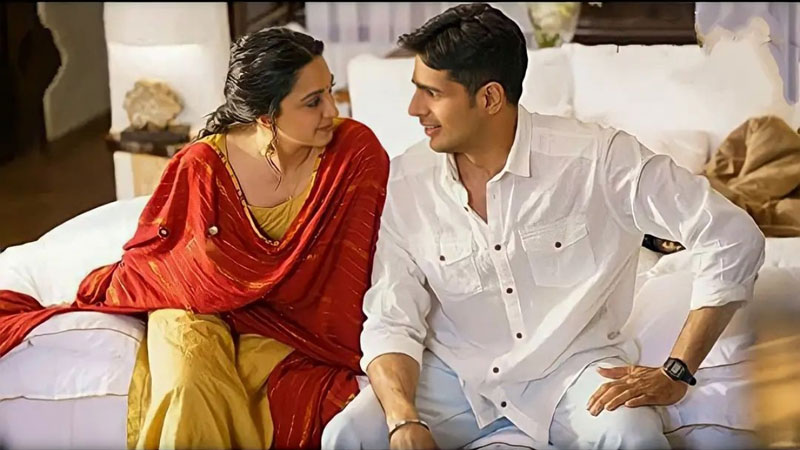 Days after news of their breakup, actor Sidharth Malhotra is being regularly spotted with his rumoured girlfriend, actor Kiara Advani.

On Monday the actor was seen arriving at Film City in Mumbai, where Kiara was filming an upcoming project.

In pictures clicked by paparazzi, Sidharth is seen wearing a red shirt and a pair of jeans. Sporting sunglasses, he had his sleeves rolled up, as he got down from his car and made his way towards Kiara’s vanity van. Soon after the pictures surfaced on the social media, fans took to the comment sections of paparazzi accounts. A user wrote, “Just#sidkiarathings.” Responding to the cryptic caption of the post, another one added, “Direct bolo na Kiara k set pe aaya hai Sid (Why don’t you directly say that Sidharth has arrived to meet Kiara on the sets.” Another user called him , ‘Hottest actor of bollywood industry.’

Kiara and Sidharth are reportedly dating for some time now. While fans on social media appeared upset following reports of their break-up, they were now cheering for the alleged couple, by leaving comments on their photos and videos together, clicked during the actors’ recent outings. Sidharth attended a special screening of Kiara Advani and Kartik Aaryan-starrer Bhool Bhulaiyaa 2 on Thursday. At the event, Kiara and Sidharth were seen greeting each other, and sharing a hug.

Sidharth also reviewed Bhool Bhulaiyaa 2 on his Instagram Stories. Tagging Kiara with others from the film’s team, he called it entertaining. “#BhoolBhulaiyaa2 got laughter, thrills and entertainment. Kudos and best wishes to @Kiaraaliaadvani @aneezbazmee @kartikaaryan @muradkhetani and the team. Kill it,” he shared.

Sidharth will be next seen in Rohit Shetty’s upcoming project, Indian Police Force. The actor has already filmed some action sequences from the series in Goa. Kiara, on the other hand, is basking in the box office success of Bhool Bhulaiyaa 2. Her next release is Raj Mehta’s directorial JugJugg Jeeyo with Varun Dhawan, Neetu Kapoor and Anil Kapoor.