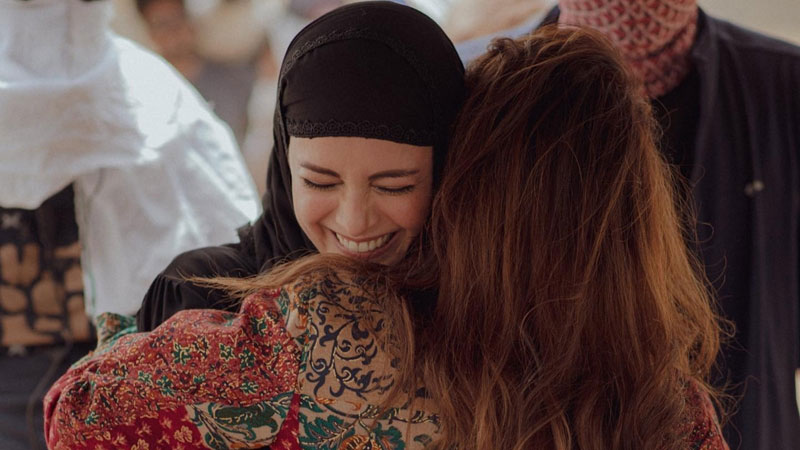 Actor Dia Mirza shared a picture from the shooting of her upcoming film Dhak Dhak. The shoot was in Greater Noida, where the temperature touched 47 degrees. Taking to Instagram, Dia posted a photo from her shoot, in which she is seen smiling and hugging her co-star Fatima Sana Shaikh.

In the photo, Dia wore a burqa, while Fatima was dressed in a rust T-shirt, paired with a jacket and denims. Dia geotagged the location as Noida Extension, Greater Noida West in Uttar Pradesh.

Recently, Dia shared the first look from the film, which also features Ratna Pathak Shah and Sanjana Sanghi. Sharing a photo of them on bikes, she wrote, “So excited about this new journey. Join the ride of a lifetime with Dhak Dhak, as four women ride to the highest motorable pass in the world on an exciting journey of self discovery!”

In the photo, Dia wore a burqa, while Fatima was dressed in a rust T-shirt, paired with a jacket and denims

Backed by Viacom18 Studios and Taapsee Pannu’s Outsiders Films, the road trip film is helmed by Tarun Dudeja from a script co-written by Tarun and Parijat Joshi.

Speaking about her co-production, Taapsee said, “At Outsiders Films we aim to produce films that are meaningful and entertaining. We have attempted to give audiences a visual experience that they have rarely seen on screen. Dhak Dhak narrates the story of four women who realise that freedom has to be owned and never given.”

She had also added, “Viacom18 Studios has been a crucial part of my journey in the film industry from Chashme Baddoor, Shabaash Mithu and now to Dhak Dhak. In Viacom18 Studios and Ajit, we have a partner who has a great foresight towards differentiated cinema. I am sure that this ride will be an enriching one.”