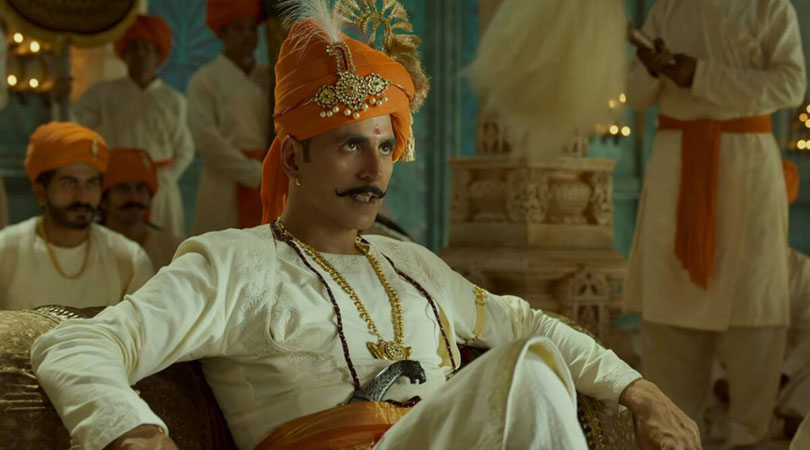 Akshay Kumar has been spotted in the public for the first time since he tested positive for the Covid-19.

The actor, who had to miss his appearance at Cannes Film Festival in France due to his positive diagnosis, has resumed film promotions. Fans were happy to see him healthy and well after battling coronavirus.

In a video shared by a paparazzo account, Akshay is seen posing for the paparazzi in front of a vanity van in all black look that he paired with black sunglasses and white sneakers. He folded his hands before walking away from the cameras. Fans commented heart emojis on the video.

Fans also said that they are sad Akshay missed attending Cannes. One wrote, “Happy to see Akki back in action. Sad he missed Cannes, would have set the red carpet on fire.” The actor was due to be a part of a delegation from India led by the Union Minister for Information and Broadcasting Anurag Thakur, which also included AR Rahman, Ricky Kej, Nayanthara, Pooja Hegde, R Madhavan, and Nawazuddin Siddiqui. However, he announced last week that he won’t be able to join the delegation as he has tested positive for Covid for the second time.

Akshay was posing on the sets of Dance Deewane Juniors where he will be promoting his upcoming film Prithviraj. Helmed by Chandraprakash Dwivedi, the historical drama stars the actor as warrior king Prithviraj Chauhan. The trailer of the film showed Prithviraj facing invader Muhammad Ghori of the Ghurid dynasty on the battlefield.

The film also marks the acting debut of former Miss World Manushi Chillar, who portrays Sanyogita. It also features Sanjay Dutt, Sonu Sood, Manav Vij and Ashutosh Rana and is scheduled to release in theatres in Hindi, Tamil and Telugu languages on June 3.