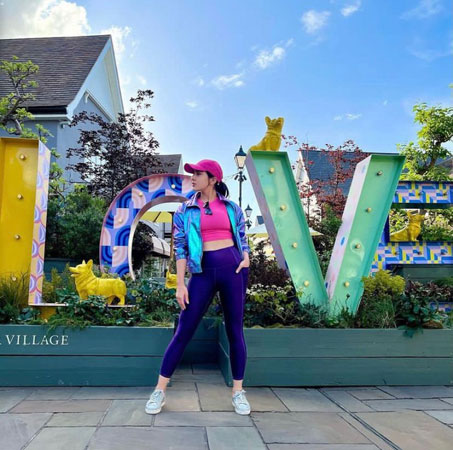 Sara Ali Khan is busy exploring UK and has dropped envious pictures from her latest outing. The actress sported stylish neon athleisure as she travelled the streets and discovered news destinations. “Enough of the monochromatic. It’s time for some Sara, Neon and Dramatic #alwaysextra,” Sara Ali Khan had captioned the pictures. Previously the actress was snapped touring Kashmir and had shared a glimpse of her holiday on Instagram. From preparing dinner to camping and trekking – the actress had one fun filled holiday. Sara marked her acting debut with ‘Kedarnath’ in 2018 and was last seen in ‘Atrangi Re’, which released in 2021. Speaking about dodging the nepotism bullet, Sara had told ETimes, “I was given love after ‘Kedarnath’, regardless of the fact that I was a star kid. I was given no love after ‘Love Aaj Kal’ despite the love that I was given in ‘Kedarnath’. Nothing really affects the other. Every Friday is a new day and you are judged for who you are and what your mettle is.”