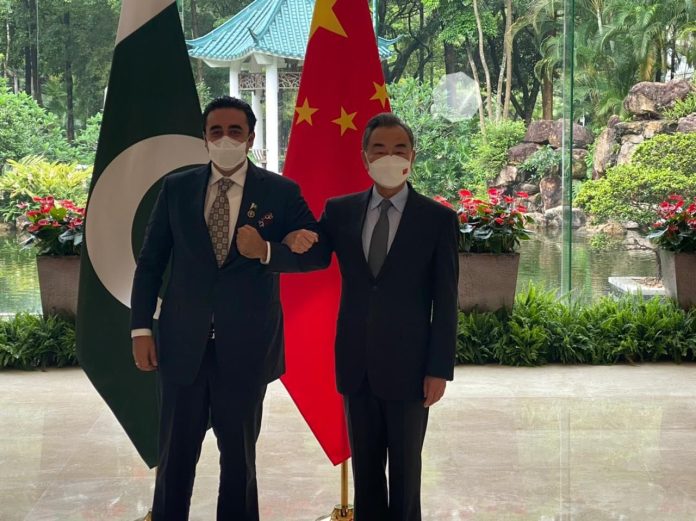 “I would like to stress here that Foreign Minister Bilawal has made China the destination of his first official bilateral visit after assuming the office. This further demonstrates that the new Pakistani Government is committed to developing our all-weather strategic cooperative partnership. China appreciates it,” he said during his regular briefing.

Foreign Minister Bilawal Bhutto paid a two-day visit to China at the invitation of Chinese State Councilor and Foreign Minister Wang Yi and held fruitful talks in a very cordial and friendly atmosphere in Guangzhou, the capital city of Guangdong province.

The spokesperson said during the talks, the two sides agreed that the friendship between Pakistan and China was rock solid, and solidarity and cooperation between the two nations had become an important source of stability in a turbulent world.

Both sides agreed that the terrorist attack targeting Chinese citizens in Pakistan was unacceptable and such despicable attempts to undermine China-Pakistan friendship would not succeed, he added.

“We will deepen our development strategy coordination to release the potential for cooperation and advance China-Pakistan Economic Corridor (CPEC) development,” he added.

“We stand ready to work together to focus on developments, deal with security challenges and advance implementation of the UN 2030 Agenda for Sustainable Development and build a community with a shared future for mankind,” he added.

He called on all sides to abide by the principle of mutual respect, equality and win-win cooperation, and to oppose the cold war mentality and zero-sum game and bloc confrontation.

“State Councilor Wang pointed out the two countries are true friends and good brothers and friendship was cultivated by generations of leadership and are as relevant as ever,” he added.

“We will continue to put Pakistan as a priority in our neighborhood diplomacy and consolidate our friends and make sure our relationship becomes a strong stability force in the region and provide more impetus to regional development and revitalization,” he said.