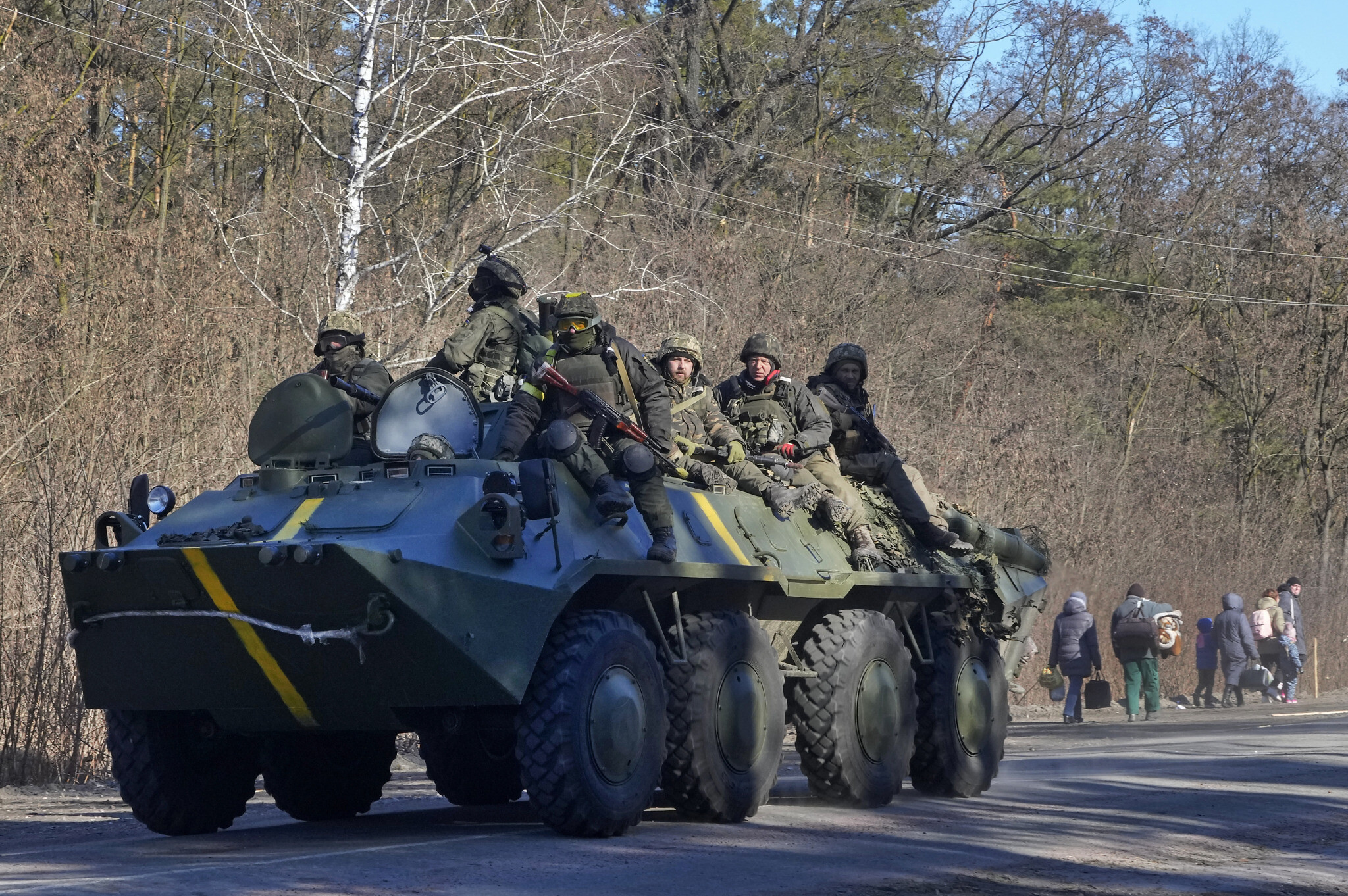 Polish President Andrzej Duda, speaking in Kyiv on Sunday, underscored his nation’s key support for embattled Ukraine as Russian forces pursued a relentless bombardment of frontline cities in the east.

Kyiv, meanwhile, continued a diplomatic counteroffensive, targeting the world’s business and political elite gathering in the Swiss mountain resort of Davos, as Western nations continued to rally behind Ukraine’s defence.

Ukrainian President Volodymyr Zelensky is set to address the World Economic Forum via videoconference on Monday.

In another development, Russia’s lead negotiator in peace talks with Ukraine said Sunday that Moscow was willing to resume negotiations, but that the decision remained with Kyiv.

“Freezing talks was entirely Ukraine’s initiative,” Vladimir Medinsky told Belarusian TV, adding that the “ball is completely in their court”.

He spoke a day after Zelensky said the war “will only definitively end through diplomacy”.

Duda’s visit to Kyiv, where he met with Zelensky, was noteworthy for the outsized role Poland has played in the conflict, welcoming millions of Ukrainian refugees — more than any other country — while serving as a vital staging post and transit point for Western arms and assistance headed to Ukraine.

Duda struck a firm tone in his remarks in Kyiv.

“After Bucha, Borodianka, Mariupol, there cannot be business as usual with Russia,” he told the parliament, citing towns and cities where Russian forces have been accused of atrocities against civilians.

“An honest world cannot return to business as usual while forgetting the crimes, the aggression, the fundamental rights that have been trampled on,” he added.

Shelling and missile strikes continued to pound Kharkiv in the north, and Mykolaiv and Zaporizhzhia in the south, Ukrainian officials said.

In the southern city of Enerhodar, the site of Europe’s largest nuclear power plant, the mayor appointed by Moscow after Russian troops took control of the city, Andrey Shevchik, was wounded in an explosion, a Ukrainian official and Russian news agencies said.

Three months after launching their invasion, Moscow’s forces are focused on securing and expanding their gains in the Donbas region and on Ukraine’s southern coast.

Gaiday said Russia was drawing forces from a vast area — those withdrawn from the Kharkiv region, others involved in the siege and destruction of the southern port city of Mariupol, pro-Russian separatist militias, and even troops freshly mobilised from Siberia and the Russian Far East — and concentrating their firepower on the Donetsk and Lugansk regions.

At least seven civilians were killed and eight others wounded in the bombardment Sunday of the Donetsk region, according to the Ukrainian army’s Facebook page.

With the nation under relentless assault, Ukraine’s parliament voted on Sunday to extend martial law through August 23.

Zelensky is due to confer by videoconference with Davos delegates Monday evening to mark the opening of Ukraine House Davos, a forum for Kyiv and its international backers.

In March, Davos organisers cut ties with Russian firms and officials, and announced that anyone under international sanctions would not be welcome at the event.

Western nations have rallied behind Ukraine’s defence of its territories, led by the United States — which just approved a $40-billion war chest for Kyiv — and neighbours such as Poland.

But some European countries that are dependent on Russian oil supplies, including Hungary, are resisting calls for an embargo on crude, and major EU economic powers such as Germany remain huge gas importers.

Duda stressed that Poland and Ukraine have a “common future within the European Union”.

But some EU members are reticent.

France’s President Emmanuel Macron has suggested creating a “European political community” as a kind of antechamber to full membership.

Zelensky has dismissed the idea of a conditional path to membership.

“We don’t need such compromises,” he said Saturday during a news conference with visiting Portuguese Prime Minister Antonio Costa.

While Russia’s top negotiator suggested Moscow remains open to negotiations, Kyiv — fighting to regain territory lost since Moscow began its offensive in February — has rejected concessions. But it has accepted that talks will come.

“There are things that can only be reached at the negotiating table,” Zelensky said Saturday.

While Ukrainian forces have halted Russian attempts to seize Kyiv and Kharkiv, they continue to face intense pressure.

Millions of ordinary Ukrainians face a daily struggle to survive.

“There is no work, no food, no water,” said Angela Kopytsa, 52, breaking down into tears as she spoke to AFP reporters on a Russian-organised tour of Mariupol.

Kopytsa said her home had been destroyed during the fighting in the port and that “children at maternity wards were dying of hunger”.

Once-bustling Mariupol has been without electricity since early March and has been reduced to a wasteland of charred buildings.

The Russian army and its separatist allies now patrol the streets.

Elena Ilyina, who used to teach at a Mariupol university, sobbed as she told AFP of how her apartment had been destroyed and that she now lives with her daughter.

“I’d like to live in my apartment, in peace, go to work and talk to my children,” the 55-year-old said.

But “I have nothing left.”