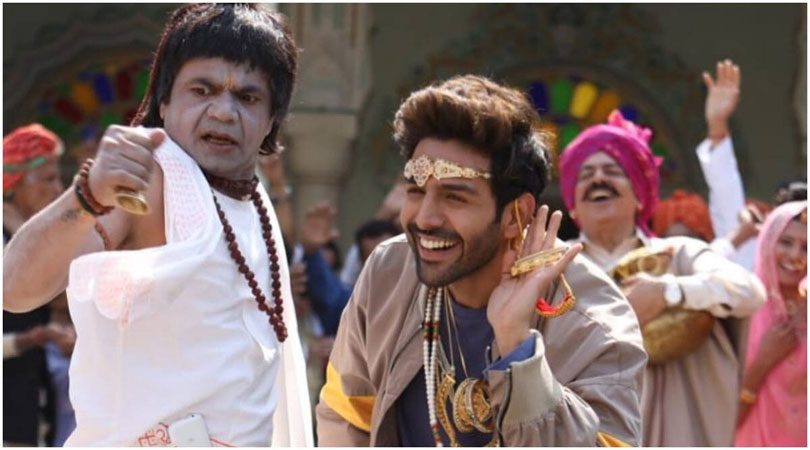 Ruhan Randhawa is a baby-faced crook and yet, the formidable Thakur clan falls for his rookie black-magic tricks, especially the well-sheltered scion Reet Thakur. In spite of being the sequel to a smash hit-although independent-Anees Bazmee’s ‘Bhool Bhulaiyaa 2’ doesn’t succumb to external pressures. Instead, it holds on its own… one voodoo doll at a time. Remind us again, what is it that they say about women and disgruntlement? Oh, yes, “Hell hath no fury like a woman scorned.” Down there at the ‘Bhool Bhulaiyaa 2’ camp, for writer Aakash Kaushik and director Anees Bazmee, that aphorism takes a life of its own. Yes, we all have our thoughts and feelings about this sequel but separate yourself from the memories of Akshay Kumar’s debut instalment for a bit and allow the latest rendition to introduce itself. This story begins with a shot of a sand dune somewhere-clue: Rajasthan-and traces back to when Reet was a baby girl clinging to her pyaari bhabi Anjulika. Cut to scene two, the wealthy family leaves their vast mansion for one of their own has rolled over to the other, darker side of metaphysical existence: Manjulika, the wench. After devouring eight of their family members, the Thakurs are assured Manjulika has been bottled up and holed in a deplorable room, at their abandoned manor. But, how did a charming little punk like Ruhan find himself amidst this family mess? In comes lovely, naïve Reet. ‘Bhool Bhulaiyya 2’ is nothing like its tale of origin, and that is its secret magic spell.

Bazmee, in no way new to the genre of comedy; some may even go on to call him a master, knows all too well that, in India, two things constitute the content-consumption palate of our viewers-sex and satire. Here, Bazmee harps on the latter. Elaborating further on what was mentioned initially, ‘BB2’ invests heavily in physical and situational comedies; add witty dialogues, quick humour and expressionism to the grind, the output that you get is, well, ‘Bhool Bhulaiyaa 2’.

Put pre-conceived notions to rest, for this film has nothing you have seen before: if you know you know. Although it would be criminal to compare Aaryan to Kumar-the former must have felt the pressure down to his last bone given Kumar’s level of success with it, back in 2007-but there’s a constant humming sound that plays like a broken record while you are watching the film: it’s the breadcrumbs of a star. Especially his signature head-nod-and-squishy-eyes move, which was replicated by Aaryan. Its not the same, but he tries. With that out of the way, let’s decode Kartik Aaryan the un-star in the movie. For Ruhan, the actor imbibes an everyman candour that glides effortlessly well with his chill-easy vibe. Kartik Aaryan brings Kartik Aaryan on set, to this film, and he delivers a personable performance. His chemistry with Kiara Advani-who’s nothing short of a Rajasthani princess; attire-wise-falls flat. There’s the quintessential flirting and frolicking, kissing and dancing, but the sum total of it all is an uncomfortable, unflattering PowerPoint presentation. Like two people, who have met only once before, pretending to be friends. 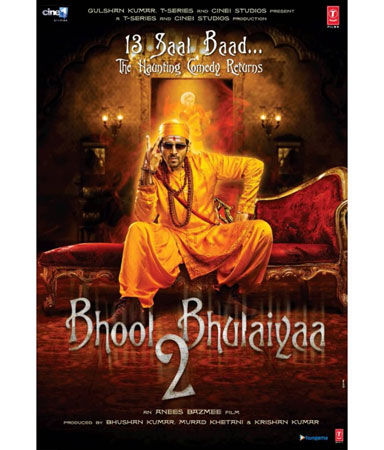 Others, however, bring their A game to the table: say Tabu. Versatility should really be Tabu’s middle name. If it is already, then she has got that one just about right. ‘BB2’ sees her in her element-those big and curly locks, gajras, overdrawn kohl and an elegance that cannot be acquired through training. At this point, it is frustratingly impossible to get into the magnitude of her greatness without being a loud-mouth about it. So, we shall refrain. Hold on, hang in there and let this mean something to you: a certain human emotion, one that is rampant and screams rage, typifies Tabu’s spirit.

Also, in a bid to retain some of the high-selling points of its stand-alone predecessor, Bazmee brings a few old players back into the game, among them, Rajpal Yadav, as chhote pandit, is class apart. Next in line are Bollywood veterans Sanjay Mishra and Rajesh Sharma. A child artiste, too, leaves his stamp on the movie, Siddhant Ghegadmal as Potlu. ‘Bhool Bhulaiyaa 2’ is an agglomeration of grief and the grieving, a desi answer to the old adage that life is, indeed, ‘the biggest tragedy’ of all-which navigates black magic and prods along an even gloomier subject: the human nature-and it sticks for the most part and the bits that don’t, they must be lost in the labyrinth of life.