Ali Zafar reacts to being compared to Shehzad Roy 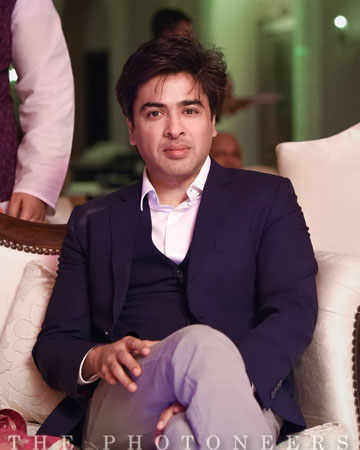 Pop singer Ali Zafar on Sunday took to Twitter to open the floor to some fan questions, and one ultimately ended up getting quite the funny response for Zafar and fans alike! Stuck with a cancelled flight on a Sunday meant Zafar turning to Twitter and tweeting: “Flight cancelled…am bored. Let’s do a Q & A? Koi mazay ka sawaal.” To this, one fan questioned: “Shehzad Roy aur ap kab bodhay hogaye??? Abi Tak Jawan Ho.” Replying with a tongue-in-cheek response, Zafar said: “Btw I was a kid when he started singing on TV!” However, as funny as Zafar’s response might’ve been, another fan pointed out some factual errors in the Rockstar crooner’s answer, saying: “Love you both, I was a kid when you both started singing. However, aren’t you like 42 and @ShehzadRoy is 44 Not much of an age gap to be making such a comment.” The user, named Hamza Ali Haroon, further wrote: “If @ShehzadRoy started singing in 90’s at age 15 then you must be 13.” Meanwhile, Zafar went on to answer some more interesting questions in the thread, including on that asked: “Do you have any plan to work in the drama industry?”