Shahrukh says he is scared of Suhana scolding him

* Suhana is the only daughter of Shahrukh Khan and his wife, interior designer Gauri Khan 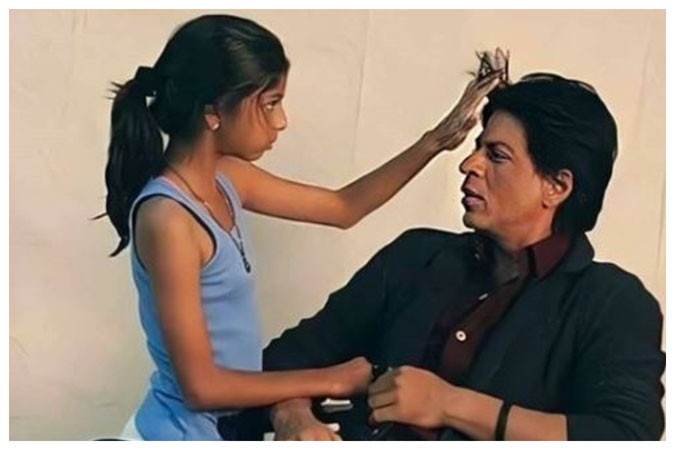 Shah Rukh Khan once revealed that he would get scared after his daughter Suhana Khan scolded him. In an old interview, the actor had said that when he was up till late at night, Suhana would strictly scold him. The actor said that though she was young and small in size at the time, her voice was powerful.

Suhana is the only daughter of Shah Rukh Khan and his wife, interior designer Gauri Khan. Born in 2000, Suhana celebrated her 22nd birthday on Sunday. Suhana has two brothers – Aryan Khan and AbRam Khan. Recently, Suhana returned to India after completing her studies in the US. She will make her acting debut with Zoya Akhtar’s film The Archies, a Netflix original.

Suhana’s film The Archies is directed by Zoya and is set in the 1960s. The film is an adaptation of the popular Archie comics. Recently, Shah Rukh shared the teaser and wrote on Instagram, “From renting the Archie’s Digest for 25 paise per day from book rental stores to see @zoieakhtar make this come alive on screen.is just incredible. Wishing all the little ones the best as they take their first little steps into the most beautiful of professions.”

Sharing the poster, Shah Rukh wrote, “And remember @suhanakhan2 you are never going to be perfect.but being yourself is the closest to that. Be kind and giving as an actor.the brickbats and applause is not yours to keep.the part of you that gets left behind on screen will always belong to you.u have come a long way baby.but the road to peoples heart is unending..stride forth and make as many smile as you can. Now let there be Light.Camera and Action! Signed Another Actor.”