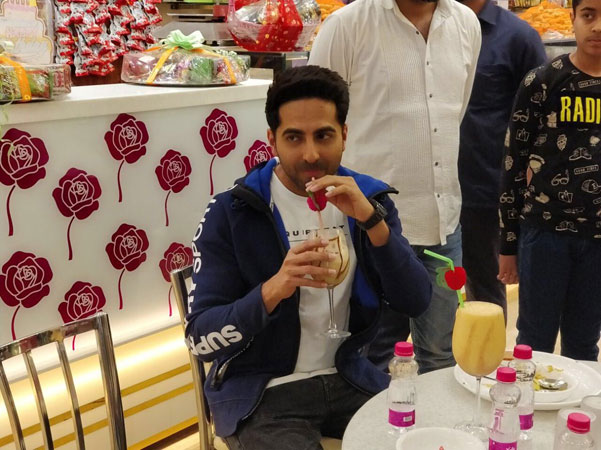 Ayushmann Khurrana has had a long journey since his Chandigarh days. The actor, who will soon be seen in Anek, is considered one of the most bankable actors of his generation. But his big break came after some struggles. In a new interview, Ayushmann revealed that he first moved to Mumbai years ago, he brought his cook from Chandigarh along with him just because of his love for food.

Before making his mark in Bollywood, Ayushmann first gained prominence when he won the second season of the reality show Roadies while he was still in college. He then worked as a radio jockey before arriving in Mumbai for anchoring gigs on TV. It was only in 2012–eight years after his Roadies win–that he made his film debut with Vicky Donor.

Speaking on the Curly Tales YouTube channel recently, Ayushmann recalled his journey. “I was in Delhi for a couple of years as a radio jockey. First I stayed with my mausi (aunt) and then alone. Then, I came to Mumbai. Rajeshwari Sachdev Badola and Varun Badola supported me. I stayed at their place, then stayed with a friend and in a hostel,” he said.

Then, he revealed that when he did move to Mumbai, he actually brought his cook along. He shared, “I came to Mumbai with a cook. We had one room which we shared. I brought my cook with me because I can’t live without food. He didn’t have any place to stay so I was like you stay in my room but I need a cook. So I shared a room with my cook.”

The actor was last seen in Chandigarh Kare Aashiqui opposite Vaani Kapoor. His next release is Anubhav Sinha’s Anek, where he plays an undercover cop. The film releases on May 27. He also has Anubhuti Kashyap’s Doctor G lined up for release later this year. The film, which also stars Rakul Preet Singh and Shefali Shah, releases on June 17.