The rise of wicketkeeper-batsman Mohammad Haris 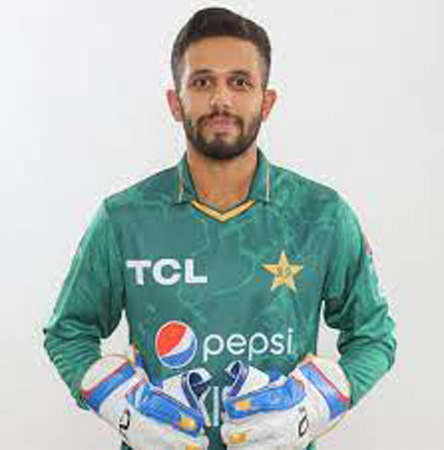 LAHORE: Hailing from Mushtarzai, the suburbs of Peshawar, rising star Mohammad Haris is eager to carve out his own identity in a world full of competition between the brightest talents. The 21-year-old wicketkeeper-batter is not oblivious to the challenges that entail the ascent to greatness and has overcome several hurdles to catapult to the limelight. Haris’ first two years at the Regional U19 level were forgettable, but he excelled the third time around to compel the Junior Selection Committee to induct him into Pakistan’s squad for the ICC U19 Cricket World Cup 2020 in South Africa. Haris stood out as Pakistan’s most prolific batter in the tournament, racking up 131 runs in five matches at an average of 65.50. As a result, he earned a maiden call-up to Pakistan’s ODI side for the postponed home series against New Zealand in September 2021. He was then drafted into Peshawar Zalmi’s squad in the Supplementary category for Pakistan Super League 2022, where he made giant strides.

Haris was quick to make an impact with a brisk 49 against Karachi Kings and later slammed a scintillating 32-ball 70 against Islamabad United. He marked the latter innings in a unique fashion when he held aloft a band bearing #BeTheBest. Speaking to PCB Digital, Haris said: “I have always had confidence in my abilities and I credit the Peshawar Zalmi management for allowing me to enhance it. They supported me a lot and gave me freedom to express myself the way I want. ‘Be The Best’ is my message to everyone. I value fearlessness and consider it to be a central trait of my personality. This is what my parents have taught me. I believe that if you work hard, then you don’t have to be afraid of anything and you’ll achieve success.”

Haris is also mindful of the requirements of modern-day cricket and believes in developing himself into a 360-degree player. Inspired by the likes of Jos Buttler and Khyber Pakhtunkhwa teammate Mohammad Rizwan, Haris is keen on establishing his batting credentials by adding an array of shots to his repertoire. “I have always wanted to become a 360-degree player and develop a range of shots so that I succeed at the highest level. International level is a different ball game compared to domestic cricket so I have to come across as unique and distinct. I want to achieve a lot in the future, and with the help of Almighty I’ve been meeting my goals. I want to soon don national colours.”

Haris has declared his willingness to bat at any position in the batting order and not restrict himself to the wicketkeeping role. This aspect has been reiterated by the Pakistan fielding coach Abdul Majeed, who lauded the youngster’s eagerness to conduct long and challenging fielding sessions. “Whatever task Haris is given as a keeper, a batter or a fielder, he has the ability to accomplish it with the utmost dedication. He frequently asks me to conduct the most demanding sessions in order to enhance his skillset as a fielder.” Mohammad Wasim Jnr, who has represented Pakistan in three ODIs and 11 T20Is, is also an admirer of Haris’ mindset and compared his self-assured orientation to that of high-profile players.