* Sushmita marked the occasion with a photo of herself on Twitter 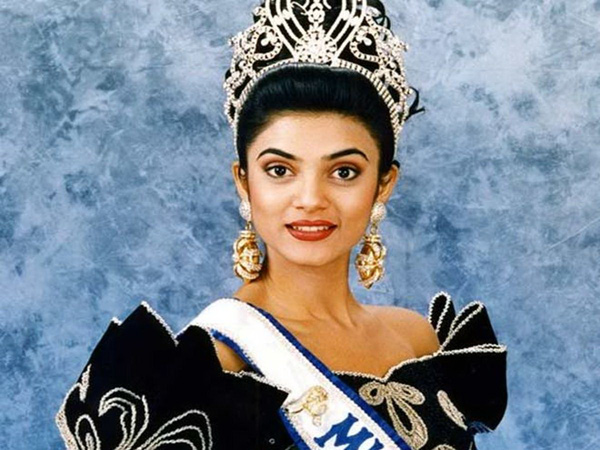 Sushmita Sen was crowned Miss Universe 28 years ago, on May 21, 1994. After dominating the 43rd edition of the prestigious beauty pageant, Sushmita became the first Indian woman to win the Miss Universe title. The beauty-queen-turned-actor competed against contestants from 77 countries around the world.

Sushmita marked the occasion with a photo of herself on Twitter. She wrote alongside, “Beautiful is a feeling. Happy 28 years of India winning Miss Universe for the very first time!! Time flies…Beauty remains!!”

To mark the 28th anniversary of Sushmita’s historic win, a fan page on Instagram posted a rare photo and video of hers from the pageant held in Philippines. Sharing a black and white image featuring Sushmita dressed in a shimmery top and skirt along with a veil, @thejuniorsush wrote, “21.05.94… Dearesssstttt Titu Dede Happy 28th Anniversary!!! You make us sooooo proud!!! Our tribe sooooo proud!!! And, our country sooooo proud!!! I love you!!”

In the throwback photo, also featured is a quote of Sushmita’s. “I believe in aspiration more than ambition, so my career aspiration is to be a successful model and to later enter the creative field of either dramatics, advertising, or writing.” It is not clear if Sushmita’s quote was from an interview she gave before or after she was crowned Miss Universe 1994.

In the one-minute clip, presumably from 1995, shared along with the throwback photo, a beaming Sushmita Sen is seen dressed in an elaborate lehenga, styled with a heavy dupatta over her head, as she made her way onstage. The Miss Universe crown and sash completed her look, as she prepared to crown the next Miss Universe.

In the video, the reigning Miss Universe is heard thanking her parents, family and her motherland, India. “What I give away tonight is only my crown. But I carry with me for the rest of my life, beautiful memories and a heart full of love that I experienced during my reign. I must thank for this moment of glory, my motherland India and her proud people, my parents, my brother, my friends, my teachers. For these are the people who made me who I am today and helped me realise my greatest potential. Tonight as I leave, I shall not say goodbye because every ending has a new beginning. What the world calls the end of a caterpillar, God calls it a butterfly. So watch out world. Here I come, God bless and peace, Jai Hind.”

Sushmita Sen became the 43rd Miss Universe at the Plenary Hall of the Philippine International Convention Centre in Pasay, Philippines. She was crowned by Dayanara Torres of Puerto Rico. That same year, Aishwarya Rai Bachchan was crowned Miss World 1994.