No one is above law: Maryam 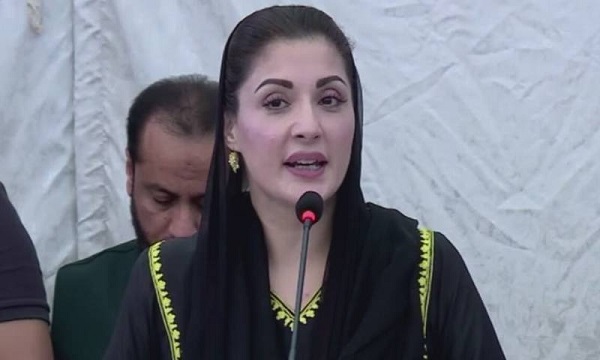 PML-N Vice President Maryam Nawaz on Saturday defended the arrest of former human rights minister and PTI leader Shireen Mazari by police officials, saying that no one was above the law, a private TV channel reported. Addressing the PML-N’s social media team in Lahore soon after Mazari’s arrest, Maryam said: “If the Anti-Corruption [Establishment] arrested her then they must have a reason to do so.” Maryam said she found out of Mazari’s arrest through the news, adding that “I wasn’t happy to hear this.” Narrating the reported details of the case against Mazari, Maryam claimed it was registered during the government of former Punjab chief minister Usman Buzdar and involved the transfer of 800 kanals of state property to a “bogus company”. “I was hearing on TV that the PTI is playing the aurat (woman) card on this [incident] that a woman was arrested,” she said. Maryam warned the PTI not to resort to the aurat card as she narrated the details and circumstances of her own previous arrests and the “treatment meted” out to her. “I didn’t play the aurat card … I was also a woman, someone’s daughter and was in jail for a baseless political case but I never feigned being mazloom (oppressed).”

Despite that, Maryam said she did not believe in revenge. She said Mazari should face the charge she has been arrested on and provide answers and evidence to prove it wrong. “If she is successful in this and proved innocent then I promise the nation that Maryam Nawaz Sharif will be the first one standing with her. “But this can’t happen that you brutally violate the Constitution and then you start blaming the courts why they were opened at night for you,” the PML-N vice president said, apparently referring to PTI Chairman Imran Khan.

Maryam lashed out at Imran and other PTI officials for their critical comments about the institutions and alleged violations of the Constitution, referring to the events leading up to the no-confidence vote. “But there is no action against it. If Nawaz Sharif, Shehbaz Sharif or Maryam Nawaz had done this action of violating the Constitution then our bodies would have been hanging in jail,” she said. “What is this that the one who bullies, curses you and runs a dirty campaign against institutions, he is facilitated. Shireen Mazari isn’t bigger than the prime minister. The prime minister was present in the FIA court today with the chief minister – his son,” Maryam said, reiterating that the PTI leader would have to give her answer.