Pakistan should continue to engage with US ‘at all levels’ 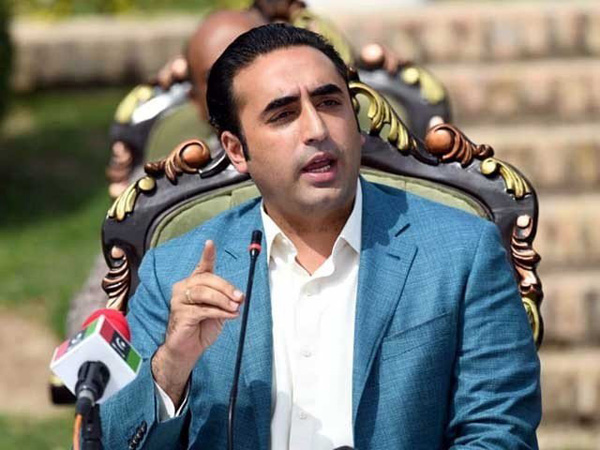 Foreign Minister Bilawal Bhutto Zardari says the United States and Pakistan must move beyond past tensions over Afghanistan and are entering a new engagement after years of strained relations under former prime minister Imran Khan.

Bhutto Zardari spoke in an interview with The Associated Press in New York, where he was attending meetings this week on the global food crisis at UN headquarters. He has also held talks with top diplomats, including a one-hour discussion with US Secretary of State Antony Blinken.

Bhutto Zardari called the meeting with Blinken “very encouraging and very positive and productive”. “We believe that Pakistan must continue to engage with the United States at all levels,” he said. “This meeting was indeed an important first step.”

Bilawal said the Pakistan-US relationship in the past had been “too coloured by the events in Afghanistan, of the geopolitical considerations, and it’s time for us to move beyond that to engage in a far broader, deeper and more meaningful relationship.”

Under Khan, Pakistan pushed hard for the world to engage with Afghanistan’s new Taliban rulers, and Bhutto Zardari said his country continues to do so.

“Regardless of what we feel about the regime in Afghanistan,” the world can’t abandon the Afghan people and must immediately address the country’s humanitarian crisis and crumbling economy, he said. A total collapse of the Afghan economy would be a disaster for Afghans, Pakistan and the international community, he said, expressing concern that many Afghans would flee the country.

Pakistan is also insisting the Taliban live up to their international commitments that the country not be used for terrorism, that girls and women be able to pursue education, and that they form an inclusive government, he said.

The Taliban, however, have taken a more hard-line turn in recent weeks, imposing new restrictions on women.

He said his focus in talks with Blinken was on increasing trade, particularly in agriculture, information technology and energy. He said he is looking forward to working with the US on an initiative to empower women, including women entrepreneurs.

On economic, defense and military coordination, “if we continue to engage, then we can move forward in a more positive direction,” Bhutto Zardari said.

Asked about Khan’s anti-US rhetoric, Bhutto Zardari dismissed the ex-premier’s accusation of American collusion, calling it a “fanciful conspiracy theory based on a big lie” to explain his removal.

“I am particularly anti the politics of hate, division and polarisation,” the foreign minister said. “If we consistently pursue the politics of ‘you’re with us or against us’, whether that’s on an international level or a domestic level, I don’t believe it serves the interests of the people of Pakistan.”

He said he believes Pakistanis understand their country needs to engage with the US and all countries, in order to become democratic and progress economically.

President Joe Biden has strengthened ties with India, but Bhutto Zardari said Pakistan is not “jealous” of their relationship. “We believe the world is big enough for both Pakistan and India,” he said.

Biden will meet Indian Prime Minister Narendra Modi and the leaders of Australia and Japan at a summit in Tokyo on May 24 of the so-called Quad, an Indo-Pacific alliance which China sees as an attempt to contain its economic growth and influence. He told the AP he didn’t think the growing relationship with the US would hurt its ties to Beijing.

Pakistan has abstained on UN General Assembly resolutions condemning Russia’s invasion of Ukraine and withdrawal of its troops. Bhutto Zardari said Pakistan used to rely a lot on Ukrainian wheat and fertiliser and has been affected by rising food prices and calls for diplomacy to end the war.

In the interview with the AP, Bhutto Zardari recalled the legacy of his mother Benazir Bhutto and grandfather Zulfikar Bhutto. He called them “towering figures on the world stage,” and said he feels “the burden of history”.

“What motivates and drives me is the pursuit of their unfulfilled mission,” he said. “I hope that we live up to the expectations of the people of Pakistan” who have longed for true democracy and struggled for their economic, political and human rights.

“These are the ideals that we hold dear and we work towards every day,” Bhutto Zardari said.