Islamabad March between May 25-29

* Ex-PM says if current regime stays in power, they will turn Pakistan into Sri Lanka 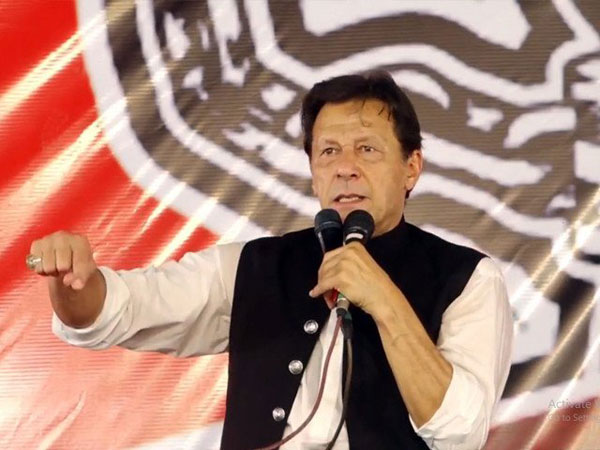 Former prime minister Imran Khan Friday demanded dissolution of the assemblies and announcement of date for fresh election, else his party would march on Islamabad any time from May 25 to 29.

Imran Khan asked the Pakistan Tehreek-e-Insaf (PTI) workers to prepare for the Islamabad March next week and said the party’s Core Committee was meeting on May 22 to finalise the final date. He pointed out the “recent developments” following which 25 members of the Punjab Assembly were de-seated for violating party discipline, by the Election Commission of Pakistan. Imran Khan has been demanding a fresh election since his government was ousted through a vote of no-confidence by the 11-party alliance.

Criticising the PML-N-led coalition government, Imran said “they were busy conspiring but now that they have assumed power, they must tell us why they are struggling to govern the country.” “A convict is taking decisions. Sometimes they are asking the National Security Committee to hike prices,” he said.

The former premier said his government collected record tax, IT exports surged by 75 per cent during his tenure and Pakistan’s employment rate was the highest in the entire sub-continent. “You toppled our government and now I am happy comparisons are taking place.” Imran said if he did not care for the nation, he would wish they [PML-N] stayed in power for more months so that people curse them as well as those “who brought them to power”.

He said a wave of inflation is on its way because when the rupee depreciates, “it has an impact on everything”. “If they stay in power longer, they will make Pakistan into Sri Lanka. That’s why I demand an election date as soon as possible and dissolution of assemblies.”

The ex-PM said police officials, army personnel, retired army officers and civil servants had assured that their families would be taking part in the Islamabad march. “The sea of people that will head towards the capital will be the first of its kind in history,” Imran claimed. He said his decision to initiate a march was not based on politics, adding that “it is a revolution that will make Pakistan a great nation”.

Turning his guns on America, Imran said the US had no right to dictate Pakistan. “You ask us to refrain from buying oil and wheat from Russia, but did you ever make a similar demand from India?” he asked. He said India and Pakistan came into being at the same time but the former had a people-friendly foreign policy while the latter was unfortunate to have leaders like Sharifs and Zardaris. “These leaders do not have the courage to enact policies for the welfare of the public.”

Imran asked the US whether it had ever grilled Israel for subjecting Palestinians to extreme violence. “Then why do you make such demands from Pakistan?” He said the ruling elite governing Pakistan for 30 years had been appeasing the US in a way that the country lost its honour and dignity.

Imran said the corrupt “troika” – Fazl, Zardari and Sharifs – backed by the US hatched a conspiracy against his government after he “refused to let them go scot-free in corruption cases”. He said he could not understand the reason behind Sharif family’s rage against him. “All the corruption cases, except the one by FIA, against Shehbaz Sharif were filed in their own reigns,” he added.

The PTI chief called upon people to focus on two main demands when they reached Islamabad. “First is the dissolution of assemblies, and the second is the immediate announcement of elections.” He underlined that Pakistan could never have the blessings of Allah if the corrupt ruling elite continued to remain in power.

In another remark targeting Maryam Nawaz, Imran said someone sent him a clip from Maryam’s public meeting from a day ago wherein she took his name many times. “I want to tell you that your husband may get upset because of the way you are taking my name,” the ex-PM said.