Relations with India ‘complicated’ by New Delhi’s abuses in Kashmir 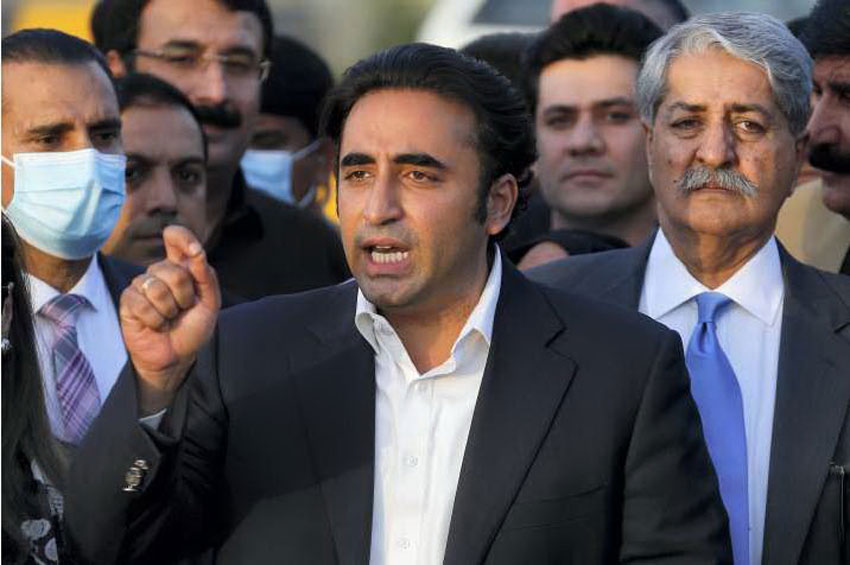 Foreign Minister Bilawal Bhutto Zardari has said there was little scope for dialogue with India as he denounced its “racist” actions in occupied Kashmir.

“As far as the question of our relationship with India is concerned, it is particularly complicated” by New Delhi’s actions in Kashmir – firstly the August 5, 2019 decision to unilaterally annex Jammu and Kashmir and now the delimitation commission move aimed at turning the disputed state’s Muslim majority into a minority, he told a press conference at the UN Headquarters in New York on Thursday before his departure for Islamabad. “Having said that, we are very cognizant of the fact that economic activity, dialogue, diplomacy are ultimately the ways and means for countries to engage with each other and resolve disputes,” the foreign minister said in reply to a question. “I just note that, particularly at the moment, given this aggressive, hostile behaviour, the practical space for that happening is very limited,” he said. Bilawal was visiting the United Nations for a ministerial meeting on food security and met on the sidelines on Wednesday, among others, with US Secretary of State Antony Blinken. Replying to a question, he said he would like to pivot away from single-issue transactional relationship with the United States as he seeks to repair ties with Washington. “Our relationship with the United States has been coloured too much by the geopolitical context in our region, and particularly by the events and circumstances in Afghanistan,” the foreign minister said. “We would like to pivot away from a transactory relationship, a one point agenda relationship, to a more broad-based relationship with a particular emphasis on trade,” he said a day after meeting the U.S. Secretary of State. “We seek to have a more have a more broad-based relationship that encompasses all the dynamics of our friendship,” Bilawal said, “which would have, obviously, a political component, a people-to-people component and the defence component, but most importantly, the economic component as far as the Biden administration is concerned.”