527,355 kids to be vaccinated against polio in Sargodha 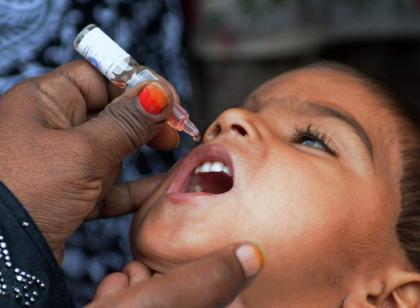 SARGODHA:As many as 527,355 children under five years of age will be vaccinated against polio in the upcoming five-day campaign to be held from May 23 to 27 in Sargodha district. This was stated by Deputy Commissioner Sargodha Muhammad Asghar Joiya while addressing a meeting of District Anti-Polio Committee at DC Office Committee Room on Friday.

The meeting was informed that 2,547 teams consisting of 4,894 persons including 2,256 mobile, 200 fixed and 81 transit teams would be formed to achieve 100 per cent target of anti-polio campaign. The DC directed the departments concerned to perform their duties with honesty and also warned that any kind of negligence would not be tolerated. He urged parents to cooperate with teams and play their role for making Pakistan a polio-free country.