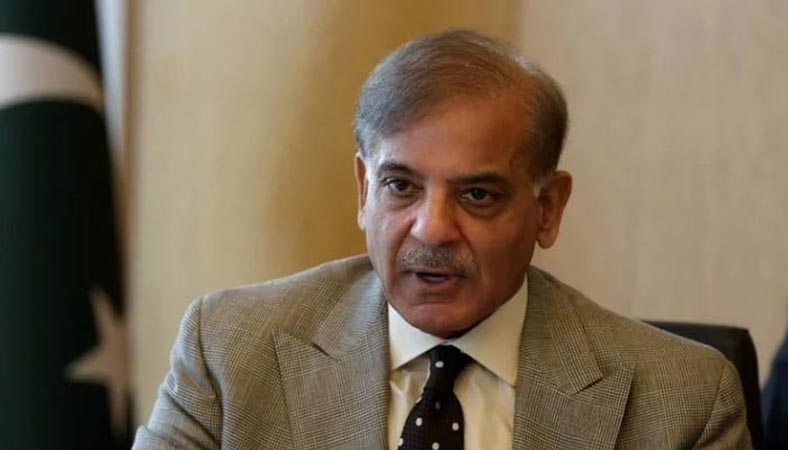 KARACHI: Prime Minister Shehbaz Sharif on Friday said the multi-dimensional cooperation between Pakistan and Turkey in the areas of defence, foreign policy and public welfare was touching new heights of friendship for the benefit of the two peoples.

Addressing here at the launch of PNS BADAR – the third ship under the framework of Turkey’s National Ship Project (MİLGEM), the prime minister said the cooperation between Pakistan Navy and the Turkish defence companies would lead to further strengthening of relations between the two brotherly countries.

The ceremony held at the Karachi Shipyard and Engineering Works was attended by Turkish Defence Minister Hulusi Akar, Chief of Naval Staff Admiral Amjad Khan Niazi and a large number of naval officers from Pakistan and Turkey.

PM Sharif said the launch of PNS BADAR would enhance the maritime activities at the Karachi Port and Port Qasim, thus leading to the development of financial and industrial progress.

He said the launch of the ship was a “moment of pride for the entire Pakistani nation and the naval forces of the two countries” and appreciated the efforts of the Naval Chief, his team and the defence minister.

He said the government of Pakistan was committed to expanding multifarious infrastructure to ensure economic connectivity in the country and emphasized that cooperation with Turkey would yield positive results.

He lauded Turkey for always being a great supporter of the sovereignty of Pakistan.

He said the ongoing China Pakistan Economic Corridor (CPEC) was set to translate regional connectivity and expressed confidence that a trilateral arrangement with the inclusion of Turkey could prove beneficial for the people in the region.

The prime minister termed Turkey and Pakistan as ‘one nation living in two countries’ and emphasized that even before the creation of Pakistan, the Muslims of the sub-continent supported the cause of their Turkish brethren.

He recalled that then Turkish prime minister Recep Tayyip Erdogan and his spouse Emine Erdogan visited the flood-hit areas of Pakistan and the latter also donated a necklace for them.

The video message of Turkish President Erdogan was screened on the occasion where he congratulated the Pakistani leadership and the nation on achieving the milestone in collaboration with Turkey.

He said the defence cooperation would also strengthen the existing friendship between Pakistan and Turkey and announced that the PNS BADAR would simultaneously be launched in Istanbul.

Chief of Naval Staff Admiral Amjad Khan Niazi said the defence ties between Pakistan and Turkey were witnessing the development and hoped that the time would see further collaboration for the benefit of the two sides.