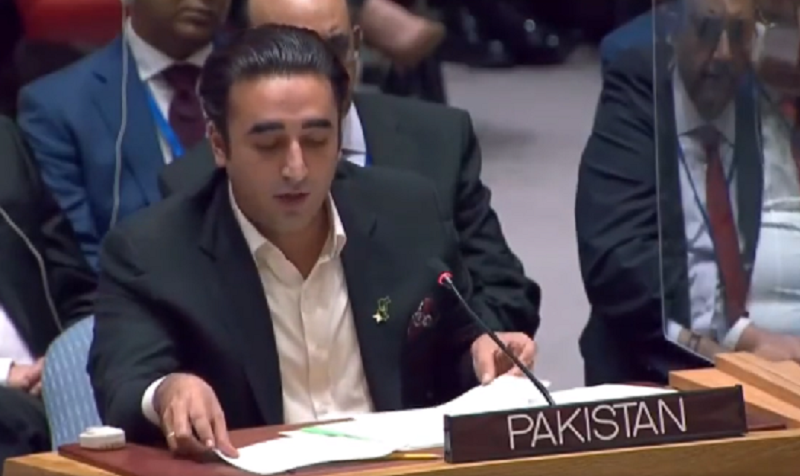 NEW YORK: Foreign Minister Bilawal Bhutto Zardari in his virtual meeting on Thursday with Congressman Adam Smith, Chairman, US House Armed Services Committee, briefed him on the Indian illegal actions of August 5, 2019 in Indian Illegally Occupied Jammu and Kashmir (IIOJK) and its continued atrocities against the Kashmiri people.

The foreign minister specifically drew Congressman’s attention to the steps recently taken by India to redraw the constituencies in IIOJK through an illegal delimitation process in order to change the Muslim majority into minority in the occupied territory. Pakistan would remain proactive in exploring opportunities and overtures for steering South Asia towards peace, security and stability.

The foreign minister, who is in New York to attend the food security conference and to address the UN Security Council, had this virtual conversation with Chairman Adam Smith in Washington DC.

The foreign minister and the Congressman had detailed discussion on strengthening bilateral defense ties and agreed on the need for sustained engagement in this area.

He emphasized the importance of further strengthening business-to-business and commercial ties and allowing the U.S. entrepreneurs the opportunity to benefit from the immense potential offered by Pakistan’s unique economic geography.