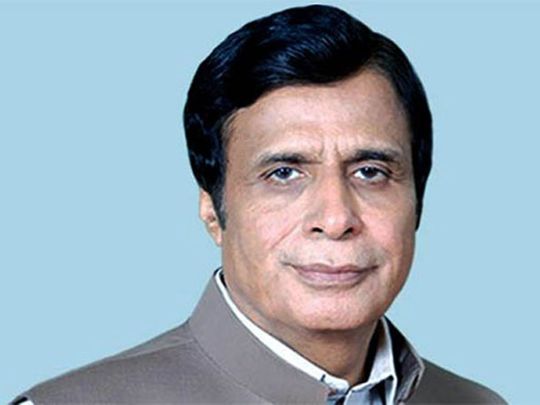 Chief Justice of the LHC Ameer Bhatti will hear the case today (Friday).

PA Speaker Elahi, who also ran for chief minister in the Punjab Assembly elections held on April 16 at the direction of the high court, named Hamza Shehbaz and others as respondents in his petition.

Mr. Elahi argued in his petition that Hamza did not receive the required number of votes to become chief minister in light of the new verdict announced by the Supreme Court on April 18 in which the apex court ruled that dissident members’ votes would not be counted.

Hamza was elected as chief minister after receiving 25 votes from PTI dissidents; after the Supreme Court’s ruling, he will fall short of the required number of votes for the election of a chief minister.

Elahi stated in his petition that Deputy Speaker of the Punjab Assembly Dost Muhammad Mazari declared Hamza the winner for no apparent reason. He pleaded with the court to prevent Hamza from serving as Punjab’s chief minister. He also urged the court to invalidate Hamza’s election as chief minister of Punjab.

The petitioner also asked the court to order new elections for the position of chief minister following Hamza’s removal.

In addition, the LHC will hear a petition filed by the PTI seeking the removal of Hamza as chief minister on the grounds that his election was invalid.

The petition was named defendants Hamza Shehbaz, the chief secretary, the speaker of the Punjab Assembly, and others.

According to the petition, Hamza has lost his majority in the provincial assembly as a result of the Supreme Court’s ruling, and his continuation as chief minister of the province is illegal and unconstitutional.

The PTI petition was filed by attorney Mushtaq Ahmad Mohil.

In addition to requesting that the court prevent Hamza from serving as chief minister of Punjab, the petition urged the court to issue an order instructing the chief secretary of Punjab and other high officials not to favor Hamza unduly.