Better to leave govt than burdening masses with inflation 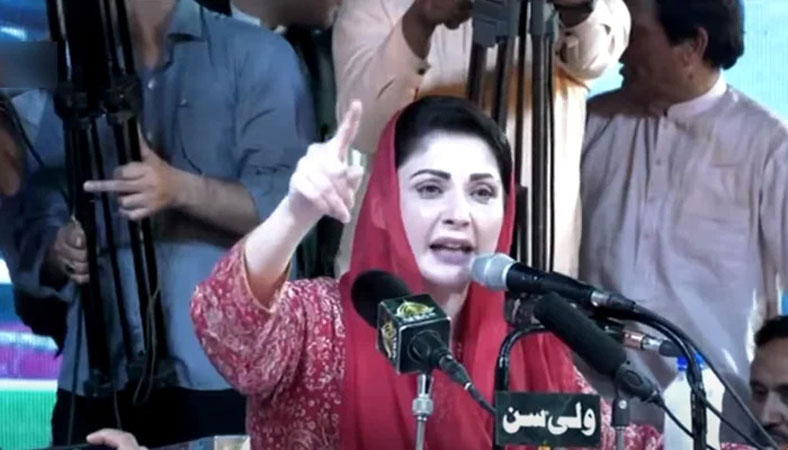 PML-N Vice President Maryam Nawaz said Thursday it was better to leave the government than to burden the people of Pakistan with massive inflation, a private TV channel reported.

In her address to the PML-N’s Sargodha rally, Maryam said PTI Chairman and former prime minister Imran Khan ruled the country for nearly four years and “destroyed” the economy, but now, he is asking PM Shehbaz Sharif to give an account of his four weeks in the government. “For four years, Pakistan witnessed destruction; a clumsy and incompetent person was imposed on 220 million people. Today, the economy is on a ventilator, and terrorism has resurfaced,” Maryam said, criticising Khan for his “incompetency”.

The PML-N once again vehemently criticised the PTI chairman and said: “Imran Khan is the name of a menace and a backstabber. He betrayed all those who were loyal to him.” She continued: “Whether you scream, pull your hair, or hang yourself upside down [out of anger and frustration of losing power], your game has finished.”

“Imran Khan, you deliver speeches about self-sustainability and independence. But talks about sovereignty do not make sense when coming from a person who has never earned a dime in his life,” Maryam said. Referring to Khan’s claims of piety, Maryam said his “dogs eat more meat in a day as compared to the people living in settlements surrounding Bani Gala” – the PTI chairman’s residence. Maryam also slammed Khan for his “fake claims” of a conspiracy and a plot to assassinate him. “The people of Pakistan have evidence against your fake claims.”

The PML-N vice president went on to say that the dollar was reaching new heights every day, and the “criminal” responsible for that was Khan. “In case the government has to increase the petrol price, then Khan will be [responsible for it].”

Moving on, Maryam said some people were of the view that PML-N supremo Nawaz Sharif’s days of politics had ended, but today, masses were calling for his return. “The economy progressed during Nawaz’s tenure. [And today,] if Shehbaz Sharif has to leave his office he will, but he will not put people in trouble,” the PML-N leader said. “I ‘thank’ the Supreme Court for taking a suo motu notice against Prime Minister Shehbaz”, she said, asking the apex court to take suo moto notice of claims made by ex-Federal Investigation Agency (FIA) chief Bashir Memon. She also called on the top court to take suo motu notice against former aide to Imran Khan, Shahzad Akbar. “[And] another suo motu notice should be taken on the foreign funding case,” she said.