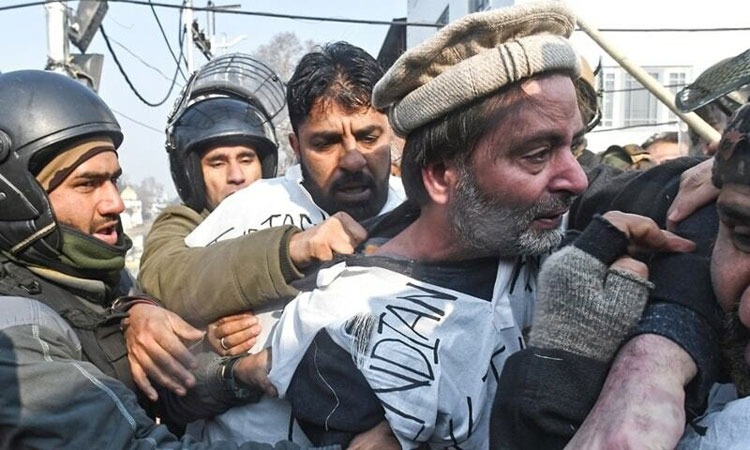 An Indian court on Thursday convicted top Kashmiri leader Yasin Malik in a terrorism-related case that carries a maximum sentence of the death penalty or life imprisonment. Malik had been charged with ‘terrorist acts’, illegally raising funds, being a member of a ‘terrorist’ organisation and criminal conspiracy and sedition.

Judge Praveen Singh set May 25 for hearing arguments from both sides on sentencing, the Press Trust of India news agency reported. The judge also directed Malik to provide an affidavit regarding his financial assets. During the trial, Malik protested the charges and said he was a freedom fighter. “Terrorism-related charges levelled against me are concocted, fabricated and politically motivated,” his organisation, the Jammu and Kashmir Liberation Front, cited him as telling the court. “If seeking azadi (freedom) is a crime, then I am ready to accept this crime and its consequences,” he told the judge.

The Jammu and Kashmir Liberation Front was one of the first armed freedom fighting groups to come into existence in Indian-occupied Kashmir. It supported an independent and united Kashmir.