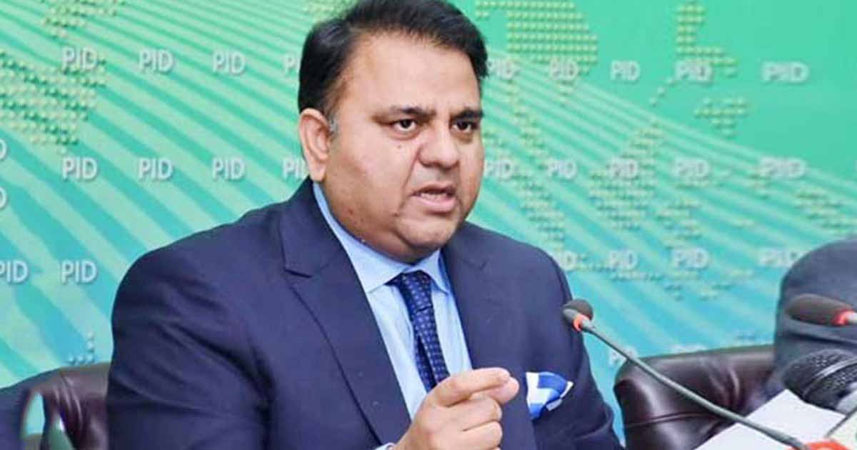 PTI leader and former information minister Fawad Chaudhry Wednesday said the PTI will move the Lahore High Court (LHC) against the election of Hamza Shehbaz as the Punjab chief minister. Talking to reporters in Lahore, he said a plea questioning the authority of a public office-holder will be filed with the court on Thursday (today) and the court will be requested to remove Hamza as chief minister and order reelection of the provincial chief executive at the earliest. Fawad urged the court to take up the petition and conduct its hearing on a day-to-day basis, saying “we all know that courts are open 24 hours.”

The ex-minister said the speaker of the Punjab Assembly could have issued a notification, but the party decided to adopt a legal way to contest its case. “Instead of an administrative action, we decided to approach the court and request it to sack the illegal chief minister,” says a news report. Fawad reiterated the PTI’s demand for early elections, as it was the only solution to the current political crisis. Fawad said the president could also ask Prime Minister Shehbaz Sharif to hold a session on the no-trust motion, as the federal government lacked 172 votes required in the lower house of the parliament to form or retain the government. The PTI leader was of the view that the country was suffering after Imran was sent packing under an “international wish”, leaving the national economy reeling, with the dollar reaching the Rs200 mark. “Whoever is elected the next chief minister will have to move towards the dissolution of the assembly,” he said. Fawad said he was not sure whether the establishment was pressing the government to hold early elections. “But any patriotic Pakistani can feel the damage the country is facing, and immediate elections are the only solution”. He also said the government must hold elections preferably in September.

Meanwhile, PML-N leader Ataullah Tarar dismissed the debate on the Punjab government’s purportedly impending departure as ‘baseless rumours’. “Those making such claims will have to prove everything,” he added. He quoted the PTI lawyer as telling the ECP during a hearing that the party had asked its legislators in a meeting on April 1 to vote for Pervaiz Elahi. “In response, our lawyer asked for the written affidavit from Imran that the meeting in question actually took place.” Tarar said the meeting record could have been verified from CCTV footage, but said no such evidence was available. He said the PTI later retracted its statement and instead said it was a parliamentary meeting wherein such directions were issued. “The case is open and shut and we are not worried about it,” Tarar said as he insisted the current Punjab government will continue as it was in “majority”.