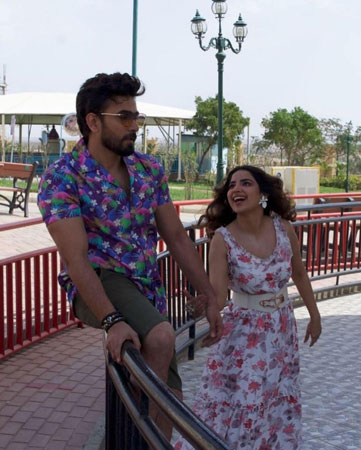 Actor Ali Ansari’s picture with his actor wife Saboor Aly is going viral across social media platforms. The viral picture on the visual sharing portal Instagram sees the celebrity couple standing side by side at what seems like a beach.?The picture got thousands of likes from the application’s users. Actor Kinza Hashmi liked the snap as well.

It is pertinent to mention that Ali Ansari and Saboor Aly – who is the sister on fellow actor Sajal Aly – both have quite a fan base on the picture and video sharing social media.

The Riffat Aapa Ki Bahuein star has at least 1.2 million Instagram followers. The Rang Laaga star is being followed by 3.2 million netizens. They both take to social media platforms for sharing family pictures.

The celebrity couple got married earlier this year after week-long wedding celebrations.

Similarly, Ali Ansari has proved himself as a force to be reckoned with in the entertainment industry thanks to his work in serials with Riffat Aapa Ki Bahuein being one of them.