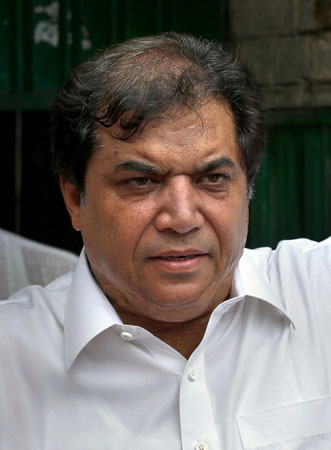 The Islamabad High Court (IHC) on Tuesday stopped Special Assistant to the Prime Minister Hanif Abbasi from working till next date of hearing on a petition filed by former interior minister Sheikh Rashid Ahmed.

Chief Justice Athar Minallah heard the case against the appointment of Hanif Abbasi.

At the outset of hearing, the chief justice observed that a convict person couldn’t hold a public office.

Ahsan Bhoon Advocate said that the post of SAPM was not like other public offices, adding that he would assist this bench regarding the matter. He requested the court not to stop Hanif Abbasi from as it would be a final relief to the petitioner. The court said it hoped that Hanif Abbasi wouldn’t use public office till next date.

The chief justice remarked that the responsibility of a SAPM was just to give advice to Prime Minister and he could do the same without the notification. The further hearing of the case was adjourned till May 27. Abbasi was notified as a SAPM, with the status of federal minister, on April 27. However, he has not been assigned a portfolio yet.

In the last hearing on May 9, the court had directed Prime Minister Shehbaz Sharif to reconsider Abbasi’s appointment “in case the conviction has not been set aside”. Rashid had filed the petition challenging Abbasi’s appointment on May 6 through his counsel Barrister Sajeel Shaharyar in which the Cabinet Division and Abbasi were nominated as respondents.

The petition pointed out that the Anti Narcotics Force (ANF) on July 21, 2012 registered an FIR against Abbasi under Section 9-C, 14 and 15 of the Control of Narcotics Substance Act, 1997 for selling 500kg ephedrine to drug smugglers instead of using the controlled chemical in medicine.

As per the charge sheet, the two officials of Arafaat Traders, the Karachi-based medicine distribution company to whom Abbasi claimed to have supplied 11,000 ephedrine-containing tablets denied Abbasi’s claim, the challan revealed, though the same company had earlier confirmed before the ANF that Abbasi had provided them ephedrine-containing tablets. The CNS Court on July 21, 2018 found Abbasi guilty of selling 500kg of ephedrine to narcotics smugglers and a fine of Rs1 million was imposed on the PML-N leader along with the life sentence.

Seven other accused were acquitted in the case. The sentence, however, was suspended in April 2019. Rashid, in the petition, pointed out that the Lahore High Court vide order dated April 11, 2019 “only suspended the sentence of the Respondent No. 2 [Abbasi] and not the conviction” adding that “the conviction stood intact for all intents and purposes.”