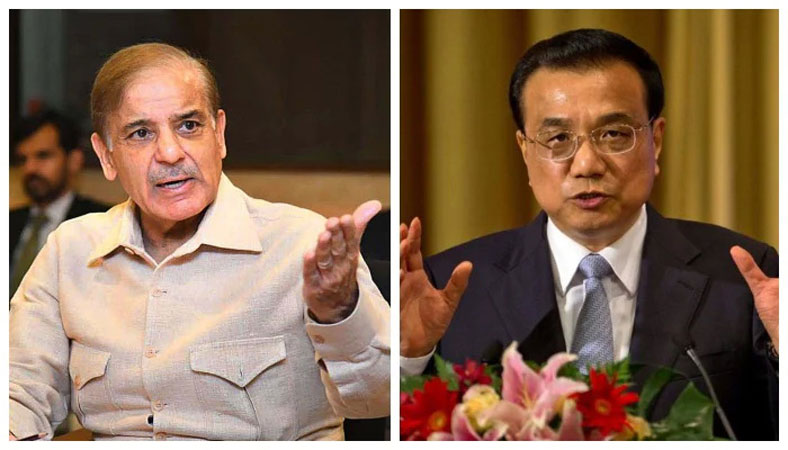 Prime Minister Shehbaz Sharif Monday assured Chinese Premier Li Keqiang that Pakistan was determined to take all necessary measures for enhanced security and safety of the Chinese people in Pakistan.

The two leaders talked over phone. Traditional warmth and cordiality marked the talks, said a statement issued by the PM Office.

Karachi suicide bomb attack that resulted in the death of three Chinese scholars came under discussion. The interaction between the two leaders came in the backdrop of Chinese academics teaching at the Confucius Institute of the University of Karachi leaving the country.

The prime minister offered his condolences to the Chinese government and people and sympathized with the families of victims of the heinous terrorist attack. Shehbaz condemned the terrorist attack and reaffirmed Pakistan’s firm resolve to hold a thorough investigation and apprehend the perpetrators of this criminal act, bringing them to justice in accordance with the local laws. He also reiterated that Pakistan attached the highest importance to the safety, security and protection of all Chinese nationals working in Pakistan on economic projects and institutions.

Apart from deliberations on the attack, the two premiers also discussed in detail bilateral matters, while agreeing that Pakistan and China would not allow anyone to harm the time-tested The prime minister thanked China for its firm support of Pakistan’s sovereignty, territorial integrity and national development and reaffirmed his government’s unwavering support to China on all issues of its core interest.

Shehbaz affirmed his government’s firm resolve to fast-track both the ongoing as well as the new projects under the transformational China-Pakistan Economic Corridor (CPEC), which had immensely contributed to the socio-economic development of Pakistan and also realize its high-quality development. He underscored the need for both sides to work together and enhance cooperation between the concerned agencies of the two countries to fully operationalise the Special Economic Zones (SEZs) at an early date.

Recalling Pakistan-China sister-city partnerships, the prime minister expressed his desire to learn from the experience of those Chinese officials, who have remained instrumental in setting up SEZs in their provinces.

The prime minister also expressed his commitment to working with renewed zeal and enthusiasm, in concert with China, especially on projects of strategic significance for both the countries, such as the ML-1 project.

Emphasizing people-to-people contacts, Shehbaz Sharif also conveyed sentiments of the families of the Pakistani students, who were desirous of returning to China for resumption of their studies.

Both the prime ministers shared the view that the “Pakistan-China All-Weather Strategic Cooperative Partnership” must continue to serve the vital interests of the peoples of the two countries, as well as the broader interests of peace and stability amidst the evolving regional and global milieu.

To this end, the two leaders agreed to enhance the momentum of exchanges to take bilateral cooperation to even higher levels.

PM Shehbaz also expressed his commitment to working with renewed zeal and enthusiasm in tandem with China, especially on projects of strategic significance for both the countries, such as the ML-1 project.

The prime minister underscored the need for both sides to work together and enhance cooperation between the concerned agencies of the two countries to fully operationalise the Special Economic Zones (SEZs) at an early date, the communique further read.