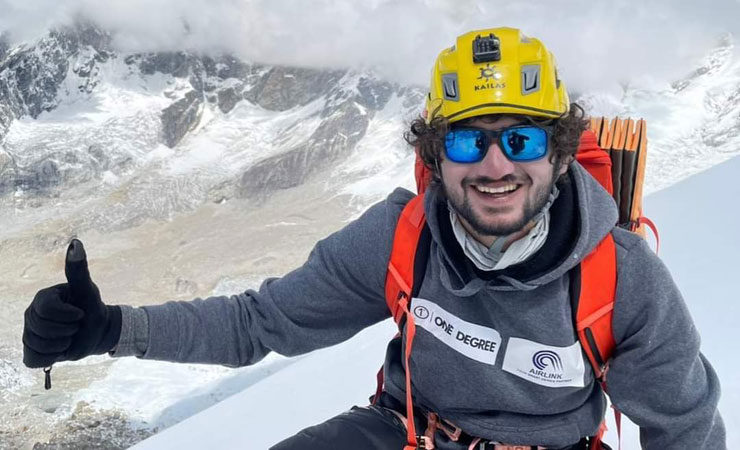 KARACHI: Pakistan’s young mountaineer Shehroze Kashif added another feather to his cap when he successfully summitted the world’s fourth-highest peak Mount Lhotse at 8,615 metres in Nepal on Monday, becoming the youngest climber to summit the top four peaks in the world. Twenty-year-old Kashif had started his final summit push on Sunday night and reached the top of Lhotse at around 6am PKT on Monday morning, his team confirmed. His Lhotse summit came only 11 days after he successfully climbed the third highest peak Mount Kangchenjunga earlier this month. He is only a fourth Pakistani who has now summitted six out of 14 highest peaks of the world which are known as “eight-thousanders”. Before him, Sirbaz Ali, Hassan Sadpara and Ali Sadpara had achieved this feat. Sirbaz has now 10 to his credit – the most by a Pakistani and he is now heading towards summitting his 11th – Mount Makalu. Shehroze will also follow Sirbaz to summit Makalu at 8,463 metres once he descends from Lhotse. The Lahore based mountaineer is known as “The Broad Boy” for his achievement of summitting 8051 metres of Broad Peak at the age of 17 in 2019. He summited K2 and Everest in 2021 at the age of 19, thus becoming the youngest to climb the top two peaks as well. In the same year, he had summitted Mount Manaslu as well.