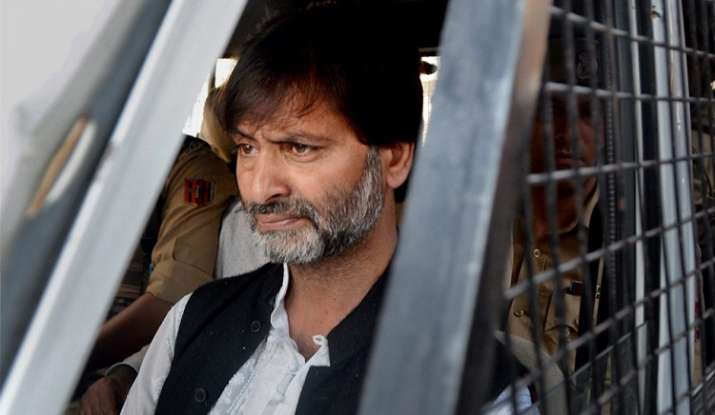 MUZAFFARABAD: Chairman Pasban-e-Hurriyat Uzair Ahmad Ghazali Monday said that cases against Muhammad Yasin Malik were the worst example of barbarism who has been targeted by the Government of India, BJP and RSS. In a statement, he termed the unjustified arrest of prominent Liberation Front leader Muhammad Yasin Malik, fake cases and partial court proceedings at the behest of Modi government as the worst action against Kashmiri leadership.

He maintained that Yasin Malik has been arrested by the Indian government for fearlessly supporting the freedom, self-determination and justice for the Kashmiri people.  Ghazali said that Yasin Malik is a courageous Kashmiri leader who has been imprisoned in Delhi’s Tihar Jail for many years, adding that Narendra Modi government wanted to execute him on the basis of baseless allegations.

“India had executed Kashmiri Hurriyat leaders Maqbool Butt and Afzal Guru in fake cases, Mohammad Ashraf Khan was martyred in the jail and the body of Syed Ali Shah Gilani was also taken out of the house during illegal detention”, he lamented.

Uzair Ahmad Ghazali called on the United Nations Security Council, OIC, international human rights organizations, Amnesty International and Asia Watch to put pressure on India to save the life of Muhammad Yasin Malik.  Moreover, he demanded that they should take immediate steps for the release of Yasin Malik and other Kashmiri prisoners.