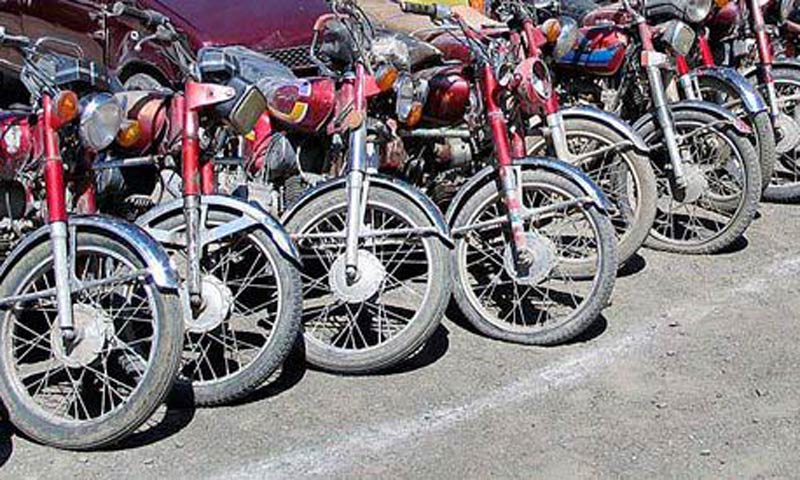 ISLAMABAD: The police have arrested a bike lifters’ gang red-handed and recovered 12 stolen bikes and spare parts from their possession.

A police team headed by SHO Shams Colony Aamir Abbas along with ASI Irfan Abbas and other officials arrested three members of a bike lifters’ gang.

The accused were identified as Muhammad Akram, Muhammad Ramzan and Farhat Abbas, said a news release on Monday.

SP Industrial Area Saud Khan said that a special strategy was adopted to arrest the culprits involved in the recent bike lifting incident. In which, motorcycles were parked openly in different streets and were monitored by police officials, he added.

One accused namely Farhat Abbas was a mechanic who was selling the spare parts of stolen motorcycles. Investigation was underway for further recovery.

It may be mention here that Inspector General of Police (IGP) Islamabad Muhammad Ahsan Younas had ordered to crackdown against criminals including those involved in bike lifting incidents and to recover stolen bikes.