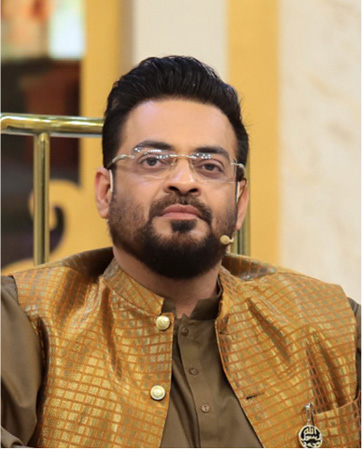 Well, we’ve all heard a lot about Dr. Aamir Liaquat Hussain’s divorce, which has been accompanied by a never-ending string of unpleasant incidents from both parties. The host is receiving proposal after proposal after seeing three failed romances. During the host’s divorce proceedings, a young and gorgeous girl proposes to Dr. Aamir Liquat Hussain. In an interview, Alizeh, a young girl, stated that she is prepared to marry Aamir Liaquat. She adores him and will go to great lengths to please him. Dania, she claimed, is lying.

The girl name is Alizeh, while giving her interview in Digital platform, Alizeh said: “I will be the bride only of Amir Liaquat. I am ready to be his wife in any case. Dania is ly-ing that he used to force her to get drunk or intoxicated, why did she do that at first place? Amir Liaqat’s name should be taken with regard and respect”

“He is a religious scholar,” she added in the video. Amir is our guide. He is well-versed in Islam. I respect him. Dania is referring to a sum of 110 million dollars (Haq Mehr). For him, I can build a golden palace. In any case, I am willing to marry him.’