‘Return with a Blast’: UK prepares for missing Eurovision party 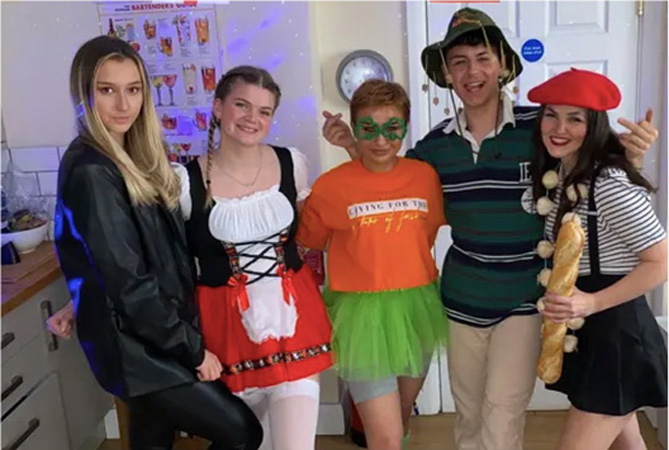 Ana and Karis Ferguson created their website, Mission Eurovision, in 2015 as a way to share tips for great Eurovision parties. The site, which calls itself “the ultimate Eurovision party designer”, includes recipes, bingo, scorecards and drink games.

“The site is growing every year and now more than 60,000 people watch Eurovision bingo every year,” said the sisters, web developers in their 30s and 40s.

Every year they celebrate a little differently. In their first year they watched the live semifinals, but were home to the UK to watch the final with a large group of friends.

This year, they are making cocktails inspired by Sam Ryder, the 32-year-old TikTok singer and star from Essex representing the United Kingdom. “For the first time in a long time, we are really enjoying the positivity around our entrance – so we are proud to show our support,” they said.

Saturday’s final in Turin marks the first time that there are no restrictions imposed by Covid in the UK, so anyone who has canceled their party or had it renewed in the last two years can finally make it up.

In addition, the United Kingdom has a chance to win this year – after a disastrous result in 2021, when it received zero points. Ryder, who was selected in a collaboration between the BBC and global music management company TaP Music, will perform the song “Space Man”, the second favorite at the moment.

Bars, clubs and cinemas across the UK have organized themed screening parties. In London, venues such as Two Brewers, Troubadour and Halfway to Heaven host events. The Royal Vauxhall Tavern has DJs playing Europop hits until 4 in the morning.

“It’s difficult to express how important Eurovision is to many LGBTQ + people, including a large number of our clients,” said James Lindsay, CEO of Royal Vauxhall Tavern.

“RVT hosts Eurofest, a bi-monthly Eurovision-themed nightclub and is always well attended. “Last year we screened the final to a limited audience with all the seats, due to Covid’s restrictions, but this year we are able to show the final in a full venue, in full function party with Eurofest DJs.”

Ian Screeton from Troubadour said he was “so happy we can now finally continue the party and our customers from all over Europe can get together, get dressed, listen to some music and celebrate Eurovision”.

Other Eurovision venues include Grub in Manchester, Camp and Furnace in Liverpool, Eden Bar in Birmingham and Buttermarket in Shrewsbury.