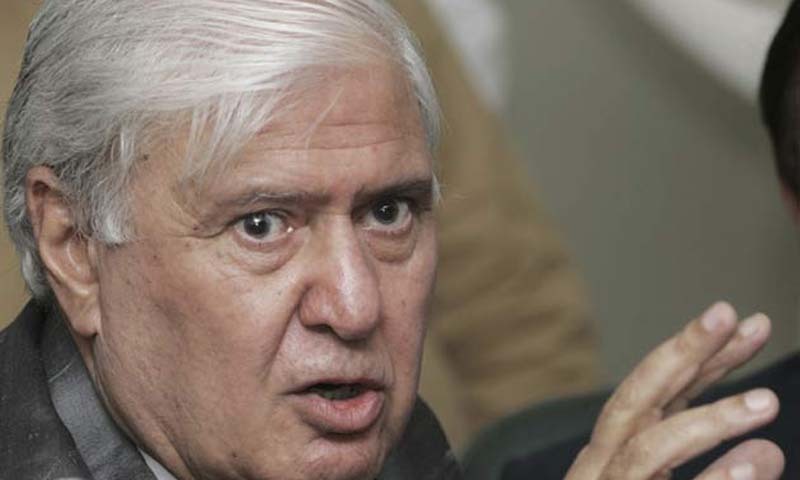 Addressing to a reception hosted at Watan Kor in honour of Kohistan’s Harban-Bhasha tehsil’s newly elected chairman Asadullah Qureshi, Aftab Sherpao said the Pakistan Tehreek-e-Insaf (PTI) leader was  trying to divert the attention of the people from the dismal economic performance of his government.

The QWP leader slammed the former prime minister for allegedly inciting the youth to violence and creating anarchy.

He lamented that the country stood isolated due to the wrong foreign policy of the former PTI government.

Slamming Imran on the rise of inflation and undermining the state institutions in his rule, Aftab held that  “Due to his (Imran Khan ) flawed policies, the country has been  pushed to the brink of bankruptcy.” Also adding that even though the PTI government took huge loans, it could not revive the economy.

Aftab Sherpao further urged the need to inform the youth about the fallout of the ill-conceived policies of Imran Khan for “deceiving” the people.

“We need to expose his lies,” he asserted.

He said the new government should introduce electoral reforms at the earliest to pave the way for holding a free, fair and transparent election so that the people could elect their true representatives.

He recalled that his party had served all parts of the province particularly Kohistan that received forest royalty due to their efforts. He promised that the QWP would spare no effort to work for the uplift of the underdeveloped areas of Khyber Pakhtunkhwa.