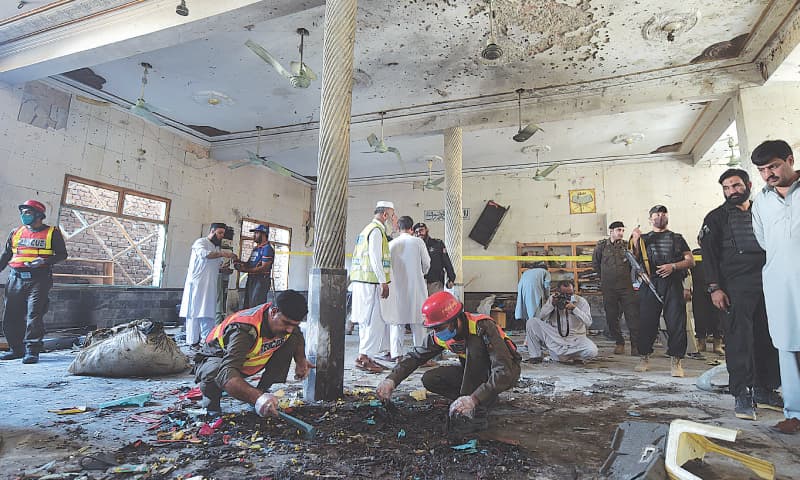 PESHAWAR: An alleged mastermind of a terrorists’ attack on Kucha Risaldar mosque was killed along with an accomplice in intelligence based operation by Counter-Terrorism Department (CTD) and security forces.

According to a CTD official, the operation was carried out in Waliabad area of Pashtakhar on information shared by intelligence agencies regarding the presence of terrorists of a banned outfit including alleged mastermind of Kucha Risaldar blast in Waliabad.

The CTD and security forces while acting on the tip-off conducted a joint operation in the area and killed a terrorist who was identified as Hassan Shah s/o Arman Shah, resident of district Khyber, the alleged mastermind of Kucha Risaldar blast along with an accomplice.CTD and security forces continued the search operation in the area to make it clear from terrorists.