Conspiracy won as ‘neutrals were not actually neutral’ 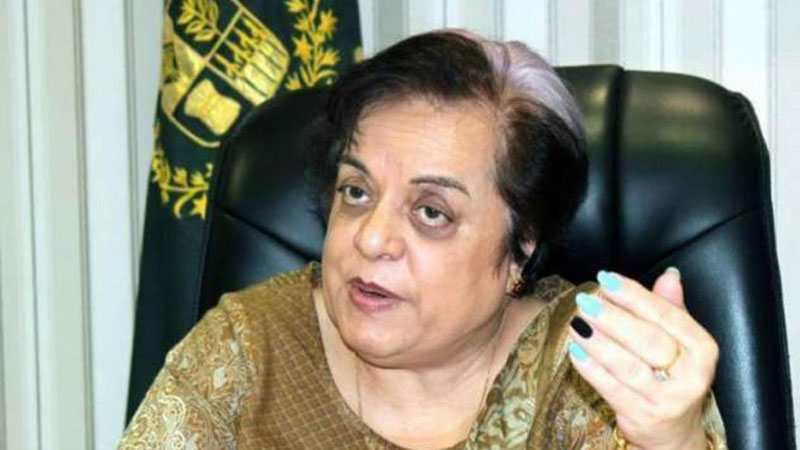 PTI leader and former human rights minister Shireen Mazari Friday said everyone knew the neutrals were not actually neutral and asked whether they were “part of the conspiracy to derail Pakistan on the economic and democratic front”. Talking to the reporters in Islamabad, Mazari did not spare America and “those who supported it” to allegedly topple the PTI government. Her statement came after a tweet by former PM Imran Khan earlier in the day stating that he and former finance minister Shaukat Tarin had warned the “neutrals” that the “fragile economic recovery would go into a tailspin” if the conspiracy against the PTI government succeeded. In her press talk, Mazari said the neutrality of “neutrals” was now largely being questioned. “The group of thieves and crime minister who are now in power had an agenda to quash all cases against them.

But what were the neutrals thinking when they allowed such a conspiracy to succeed?” she asked. She said a cypher was received on March 7 and the no-confidence motion was tabled a day after it. “Later, our allies approached the Sindh House and opposition leaders, while one minority dissident lawmaker was living in a rest house belonging to neutrals.”

Mazari asked how one could stay neutral when the country was facing destruction.

She said a glance at the bigger picture would reveal everything, asserting that the nation was now standing against the “regime change conspiracy”.

Warning “local abettors” of consequences, the former minister said Imran would announce a date for a march on Islamabad after May 20, and “when people take to the streets, then everyone will understand that this nation cannot be made a slave.”

She also questioned whether “neutrals” wanted Pakistan to recognise Israel. “Do they want a foreign policy in which there is no freedom?”

The PTI leader also expressed surprise at the Supreme Court for “giving an exact date and time for the National Assembly to take up the no-confidence motion” that ultimately saw Imran losing his office.

Earlier, she explained that the conspiracy had begun when then-prime minister Imran refused to give military bases to the US and during an interview he had said “absolutely not” to the question of providing bases.

The premier’s comments had come after the US national security adviser in his briefing in June 2021 said they were having constructive dialogue with the Pakistani military regarding US bases, she said.

However, Imran refused to provide bases with a categorical intent that Pakistan’s sovereignty should never be compromised, she added.

Shortly after it, according to Mazari, the US consul general in Lahore met Maryam and Shehbaz separately. “Subsequently, American diplomats held a lot of meetings.”

She then referred to the cypher sent by Pakistan’s envoy in the US, which she said stated: “If prime minister Imran Khan remains in power, he will be isolated from the US, Europe and we will take the issue head-on. And, if the vote of no confidence succeeds, then everything will be forgiven.”

The former minister also hit out at Interior Minister Rana Sanaullah for “threatening” the PTI, saying everyone including the “neutrals” had realised how big a mistake it was to pave the way for regime change under a “US conspiracy”.

She said the economic problems faced by Pakistan were a result of “thieves” being imposed on the country.

She said the economy had suffered the most in the wake of conspiracy.

“The rupee is depreciating, prices of edibles are rising, our reserves are declining, fuel prices are also on the up, and IMF has made its conditions clear regarding price hike.”

Mazari said Imran’s visit to Russia was the final nail in the coffin [of the PTI government]. She said all stakeholders including the “establishment” had a consensus on Imran’s trip because his visit was aimed at securing deals for cheap oil and wheat.

“Had those who facilitated the conspiracy thought about its economic repercussions?” she asked.

The former minister said there was no law and order after the new government took charge.

“Maryam Nawaz who is convicted is given state-level security while the security given to former PM Imran has been withdrawn.”

Terming the new government leaders “robbers”, Mazari said the government was attempting to get all cases against its leaders quashed.

She also called out the Election Commission of Pakistan (ECP), saying several PTI lawmakers defected to other parties in clear violation of the Constitution but “the ECP is silent on it”.

She demanded the resignation of the chief election commissioner, calling him a “part of the PML-N”.

The PTI leader said the incumbent government was appointing a trade officer in the mission in New Delhi, despite knowing about the atrocities committed by India in occupied Kashmir.

She claimed enforced disappearances of Baloch students had increased after the PTI government was toppled, adding that no one from the ruling party met the affected families.

Mazari also hit out at the former law minister Farogh Naseem for allegedly blocking the passage of legislation on missing persons.