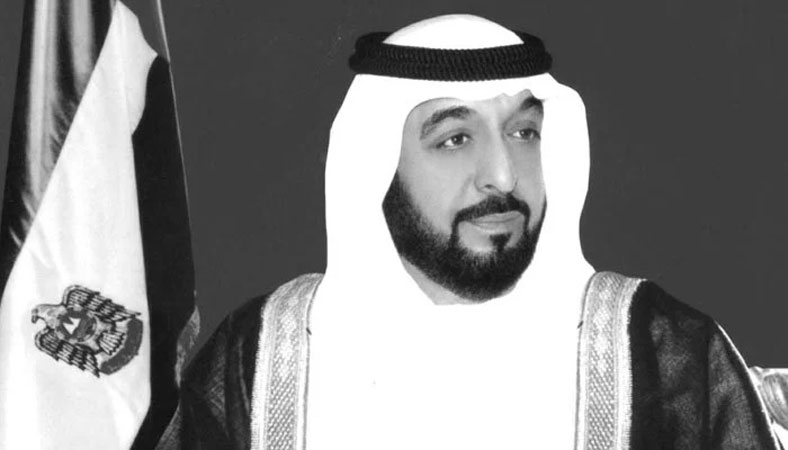 United Arab Emirates President Sheikh Khalifa Bin Zayed Al Nahyan has died, state news agency WAM reported on Friday. “The Ministry of Presidential Affairs condoles the people of the UAE, the Arab and Islamic nation and the world over the demise of His Highness Sheikh Khalifa bin Zayed Al Nahyan, the president of the UAE,” a Wam statement read. Following his demise, the UAE government announced three days of public holiday and 40 days of mourning. Born in 1948 to UAE’s founding father Sheikh Zayed, Sheikh Khalifa started his official duties in 1966 and went on to rule the country from November 3, 2004, to date. Sheikh Khalifa was the second president of the United Arab Emirates (UAE) and the 16th Ruler of the Emirate of Abu Dhabi, the largest of the seven Emirates which comprise the UAE. Sheikh Khalifa – whose full name is Khalifa bin Zayed bin Sultan bin Zayed bin Khalifa bin Shakhbout bin Theyab bin Issa bin Nahyan bin Falah bin Yas – was the eldest son of Sheikh Zayed. Sheikh Khalifa is married to Her Sheikha Shamsa bint Suhail Al Mazrouei, and together they have eight children: two sons and six daughters – and he also has several grandchildren. After his father’s passing and his accession to the role of the president of the UAE, Sheikh Khalifa launched an initiative to evolve the nomination system for members of the Federal National Council, which was seen as a first step towards the establishment of direct elections in the UAE.

Sheikh Khalifa was renowned for being a good listener, modest, affable and interested in his people, frequently conducting direct outreach through official missions and other occasions. As a result, he was much loved and revered.

The former president had many hobbies, including fishing and falconry, both pastimes he developed a love for from his father, the late Sheikh Zayed. Prime Minister Shehbaz Sharif on Friday, while describing the demise of UAE President Sheikh Khalifa bin Zayed Al Nahyan as “a tremendous loss”, said Pakistan had lost a true friend and trusted partner.

“The government and the people of Pakistan join me in conveying our profound sympathies and condolences over the passing away of His Highness Sheikh Khalifa bin Zayed Al Nahyan, President of the United Arab Emirates,” the prime minister said in a condolence statement. He said the demise of Sheikh Khalifa was a tremendous loss. “The world has lost a statesman of high stature, the UAE a great visionary and wise leader, and Pakistan a true friend and trusted partner.”

The prime minister said a humanist, with distinguished and diverse public service, the late president was ever close to his people, deeply devoted to their well-being and prosperity.

“His vision of reform, development and modernization led the UAE to its rightful place in the comity of nations. The monumental legacy of the late president will continue to inspire the generations of Emiratis,” he added. The prime minister further stated that under the sagacious leadership of Sheikh Khalifa, the relationship between Pakistan and the UAE scaled new heights. “The strategic guidance provided by him contributed immensely to the strengthening of our fraternal ties and deepening of bilateral cooperation across the whole spectrum. His invaluable contributions will never be forgotten by the government and the people of Pakistan,” he maintained.